Till now, Intel and AMD were the only competitors in the desktop and laptop CPU department. But, with the arrival of the very powerful Apple M1 chip, the competition has heated up quite a lot. The latest chips of Apple beats Intel’s highest-end CPUs, which is quite an achievement for Apple. And hence Intel 12th gen chips are somethings windows users will be looking forward to. The features of the processor were showcased at the CES 2021 event. Let’s take a look at what new does this generation of chips has to offer.

Intel’s approach towards this generation of chips will also be similar to the last-gen. It is going to use a combination of higher power and high-efficiency cores in order to get the best of both performance and power. Intel said that their latest offering will be using the “most power-scalable system-on-chip” and will come in the 2nd half of 2021. It will also act as the base for the future generation of desktops processors offering powerful performance. 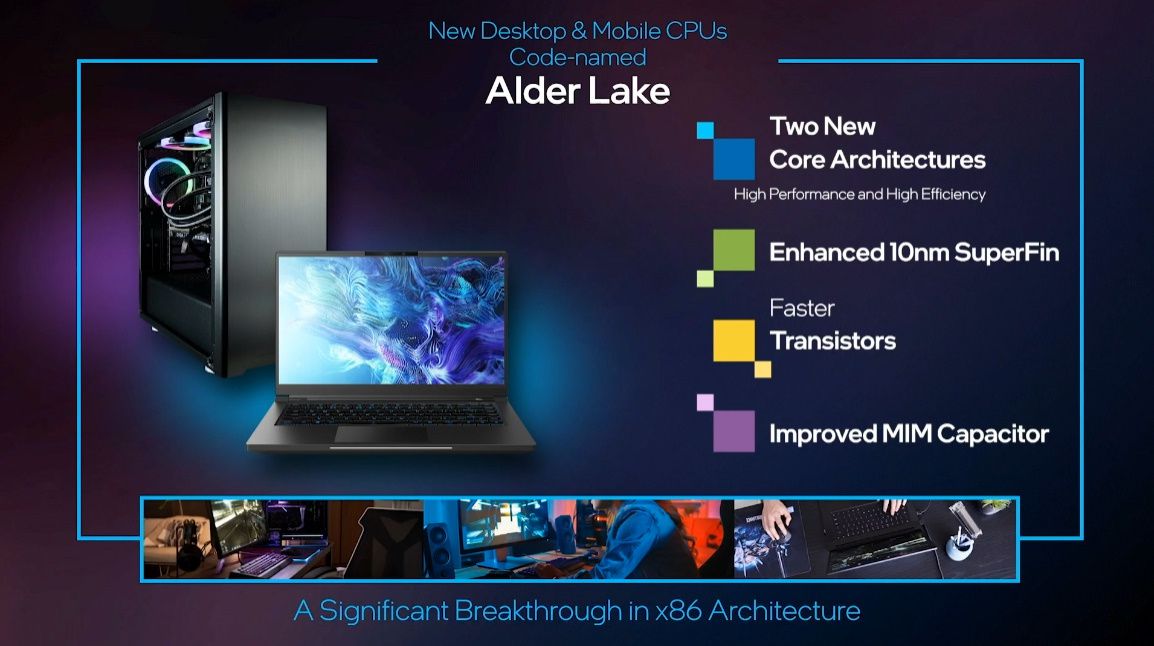 The 12th gen Intel chips will have high-power cores called Golden Lake and high-efficiency cores called new Gracemont. And the design of the chip will be based on similar but enhanced 10nm Superfin designs of the last-gen chipsets. Now the idea behind all this is to get as close to ARM architecture as possible. Intel’s new line of hybrid chips will surely fill in at least some of the gap between their last-gen CPUs and Apple’s M1.

Will the latest Intel processors stack up against Apple M1 chips?

It is difficult to say because both the processors are much different in terms of architecture. And even though Intel’s latest chip has finally arrived using the 10nm processes in its chips, Apple is still ahead at the 7nm process. Additionally, the designed processors are based on completely different architectures. Hence, until we have real-life performance tests and benchmarks, it is very difficult to say how  willthey will stack up against each other.

With the latest hybrid Intel 12th gen chips, we are slowly moving away from x86 architecture. Apple moving to ARM seems to have started another major transition in the tech industry. What are your thoughts on the same? Do let us know in the comments below. Also, if you found our content informative, do like it and share it with your friends.