How Bus Rapid Transit System Is Leveraging Technology For Transportation? 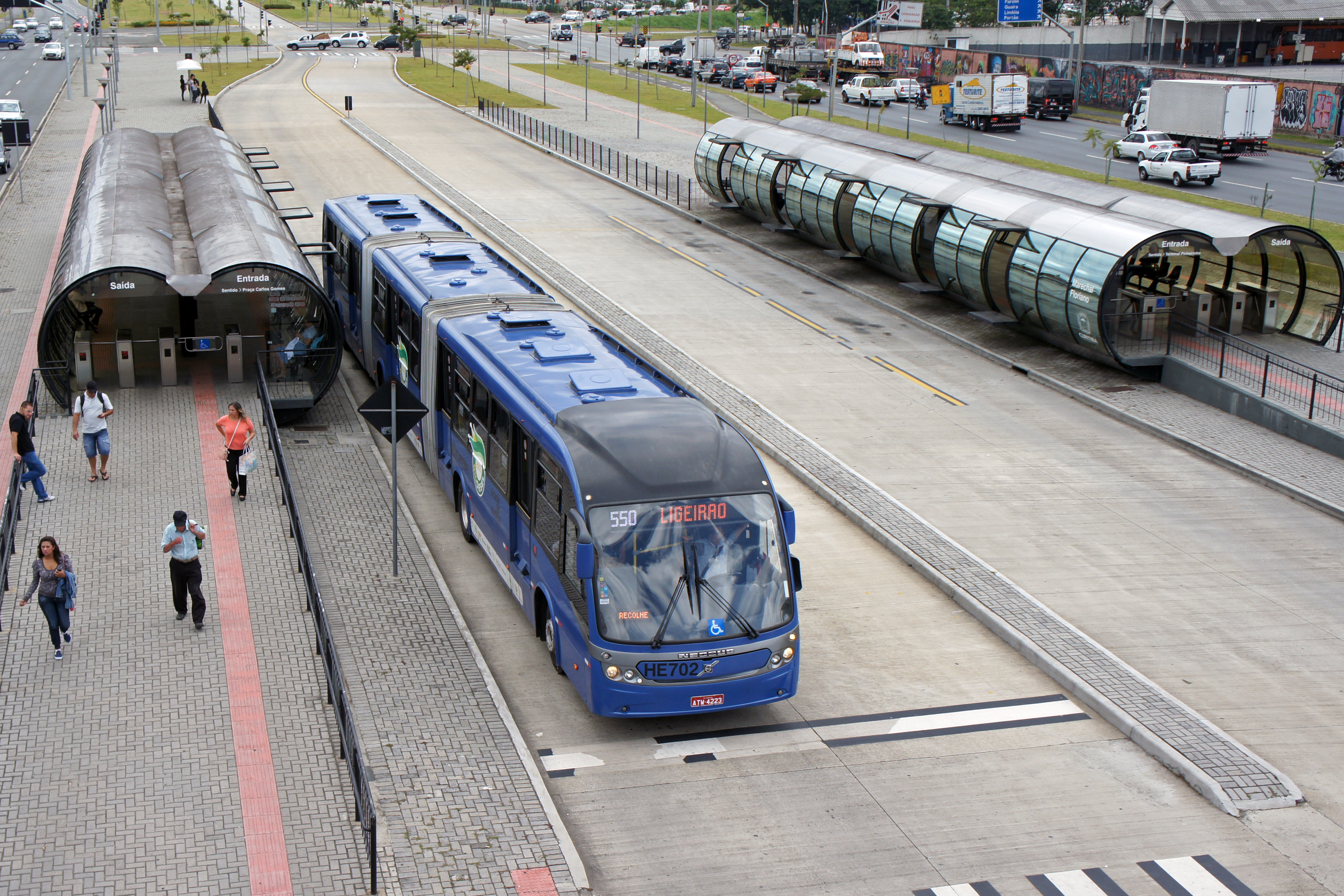 City bus travel is the only available public transportation option for most cities in India. Moreover cities which do have Metrorail or suburban train network do require bus system to serve as a feeder and also to serve the areas where the former doesn’t go. Many passengers recount a very harrowing experience about their journeys through these buses. These buses running in mix traffic hardly stick to their timetable, are inconvenient and unsafe. Thus, the rich travel using their personal cars and bikes or cabs and auto-rickshaws.

The poor and the middlemen who can’t afford these have to suffer while travelling in these buses. A good public transportation system is one, which not only serves the needs of the poor, but also the rich of the city. There is a need to encourage modal shift from private vehicles to public transport by providing better public transport services.

Bus Rapid Transit is one solution for cities in developing countries like India. Bus Rapid Transit can provide a high-capacity and high quality public transport- similar to a Metrorail but at a lower cost by providing an exclusive right-of-way for BRT buses. A single BRT lane with articulated buses can carry 10,000 passengers per hour per direction.

BRT is successfully running in cities such as Curitiba, Bogota, Guangzhou, Ahmedabad and Indore. At the Rio Olympics, BRT corridor TransOlympica was exclusively built to transport the sportsperson, the Olympic family members and the audience to stadiums and hotels. The quality of service is higher than the regular city bus service as it employs a combination of technological features to enhance travel experience of its passengers.

The buses are air-conditioned and run on CNG. The buses have an automatic transmission that can automatically change gear ratios as the vehicle moves, freeing the driver from the hassles of changing gear manually. The buses have enough seats and space for standing as well as wheelchairs.

Exclusive lanes and priority at signals

The buses have two exclusive lanes in the middle of the road. At intersections BRT buses have priority green signals. This means that BRT buses enjoy more green time compared to other vehicles in the other arms of the junction. At some places sensors are installed so that, as the BRT buses approach, BRT signals turn green and other signals automatically turn red. Buses can reach significant commercial speed of 25kmph compared to 15kmph for regular city buses.

The bus stops are located in the middle of the road. The bus stop floor is at the same level as the floor of the bus. This ensures faster movement into and out of the bus. This also makes it accessible for wheelchair bound passengers. The bus doors are operated by the driver. The bus stop doors opens automatically when the bus arrives and closes as the bus leaves with help of a sensor.

Like in a metro system, tickets can be taken for a single journey or in the form of a smart card at the bus stop before boarding. The cards are to be swiped at the turnstile gates both while entering and exiting the bus stop. This plugs revenue leakage by preventing ticketless travel. The passenger need not buy two or more tickets when he is shifting from one BRT line to another.

All ticketing information, including where the passenger boards and alights is available in the electronic format, which makes system managers aware of travel patterns. This can be used for route rationalization. and reduce system inefficiencies.

All buses are fitted with GPS system. Their location and speed are monitored from the control room. In case a bus gets delayed, the control room informs the next bus to slow down in order to avoid the bunching of the buses. The driver can also communicate to the control room in case of any untoward incidents such as bus breakdown.

The most critical aspect for success of any Public Transport System is its Passenger Information System. The BRTS develops an app which gives the user, information about the nearest bus stop and the information about the arrival of next bus at the stop. At the bus stop, BRT route maps are prominently displayed.

The real time information about the time of arrival of next bus is displayed using digital information system. Inside the bus, the arrival of the next bus stop is informed both in digital board as well as in the form of announcements.

To run a BRTS system successfully, it must be augmented with the first mile and the last mile connectivity (by means of feeder buses or share autos), improving footpaths leading to the stop, providing proper pedestrian crossings and signage.

BRTS corridor can be constructed in shorter period with lower capital costs. BRTS is an ideal solution for the transportation problems faced by the Indian cities. It can be taken up under our Prime Minister’s Smart Cities Mission.