BYD launches all new e-platform 3.0 for next generation electric cars

BYD officially unveiled the e-platform at the 2021 Shanghai Auto show. It is a platform for next-generation electric cars which is already in use for the BYD Dolphin model. Soon as more models are released in China, all of them will be able to utilize the e-platform. 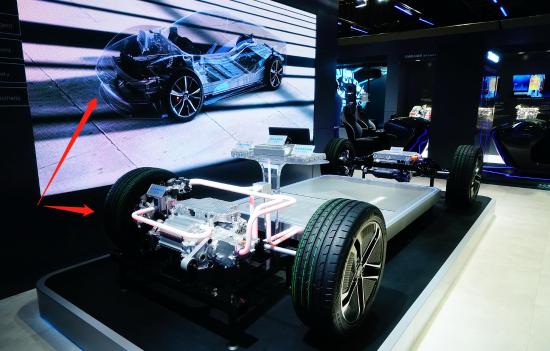 BYD’s e-platform 3.0 can be used to develop cars with certain specifications. Like the cars with more than 1000km range, all-wheel drive with 0-100 km/h acceleration in 2.9 seconds, dual motor and fast charging rate of 150km in 5 minutes.

Furthermore, BYD states that this platform will be available to other manufacturers and developers as well. Stated, “With outstanding advantages in intelligence, efficiency, safety, and aesthetics, the e-platform 3.0 aims to promote NEVs’ performance in safety and low-temperature driving range as well as improving intelligent driving experiences, to build more efficient and safer new intelligent EVs. Therefore, the new-generation BYD e-platform covers vehicles of varying sizes ranging from small to large and will still be open to the industry to facilitate the development of intelligent EVs worldwide.”

Furthermore, the key modules in the e-platform are lighter, stronger, and have lower energy consumption needs. As a standard cruising range, the heat pump technology can have a range of up to 20% longer in winters. For the drive system, there is a newly upgraded 8-in-1 module. Further details are mentioned below,

The highlight feature of the platform is “Blade Battery”. It is being produced in Chongqing, China at the rate of 35GWh. Additionally, BYD also unveiled Ocean-X Concept which is based on its e-platform 3.0.

Smaller than BYD Han, the mid-sized sporty sedan will be having high performance. There are no details about the production and deliveries yet. It says, “Built upon the e-platform 3.0, the unveiled Ocean-X concept is a mid-size sporty sedan with high-performance. The Ocean-X brings brand new experiences in performance and intelligent driving thanks to the fully integrated blade batteries in the car body, an 8-in-1 electric powertrain, and an all-wheel-drive architecture.”