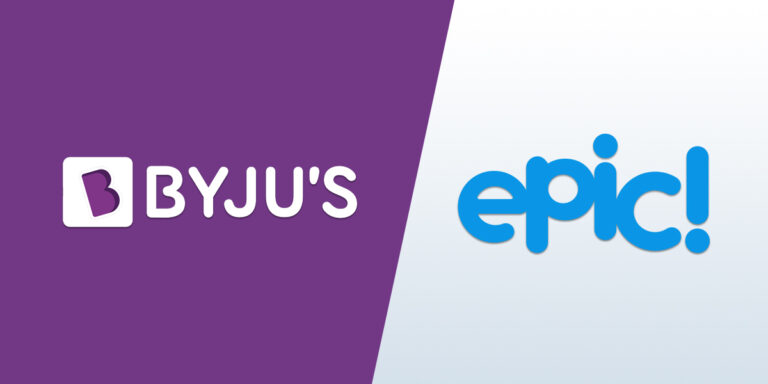 Byju’s paid $500 million in cash and equity to acquire Epic, an online reading platform for teenagers, as India’s most valued edtech startup looks to expand its footprint in the United States and other English-speaking regions. However, the founders of Epic Kevin Donahue, and Suren Markosian will serve the online reading platform in their existing roles.

Epic is based on a library of over 40,000 popular, high-quality novels from 250 of the world’s most prestigious authors. Its suggestions are tailored to the kid’s interests and parents can track their child’s progress and see how much time they spend reading. It also includes remarkable stories that will appeal to children. The deal’s cash and stock distribution was not disclosed.

Epic gathers and analyses real-time anonymized and consolidated data on how many children read a book, how deeply they connect with it, and when their interest begins to decline. In a move comparable to Netflix, the company has initiated to print some of its own original content. Epic will be accessible shortly in India and other English-speaking regions, such as Australia, New Zealand, and Canada, and will distribute subscriptions to the online library for students under the age of 12.

The acquisition follows just after the Bangalore-headquartered educational technology startup, announced its grand product launch for the United States last week with the launching of Learning App integrating Disney as a digital learning app for teenagers. In an interview with GamesBeat, Byju Raveendran, CoFounder, and CEO of Byju’s highlighted that the initiative is part of a goal to inject more than $1 billion in the U.S. educational market. Earlier in 2019, Byju’s also acquired another US-based educational gaming startup Osmo. The edtech learning platform has witnessed an increase in sales when schools close physical classes due to the Covid-19 outbreak.

In the last few years, Byju on average has made approximately 10 acquisitions. Last year India’s most valued startup acquired code learning platform WhiteHat Jr. for $300 million, which recognizes the United States as an important market. The company also acquired Aakash Educational Services for $950 million as well as HashLearn and Scholr – doubt clearing platform, at the beginning, of this year.

Byju’s on the other hand introduced “Future School”, an online one-on-one live learning platform for mathematics and computer programming, last month, which is led by Karan Bajaj, the founder, and CEO of WhiteHat Jr.

The Indian edtech industry has been a major beneficiary of the continuing pandemic, which has accelerated the transition to e-learning. According to Venture Intelligence statistics, start-ups from Edtech secured $2.2 billion altogether in 2020 as compared to $553 million in 2019.