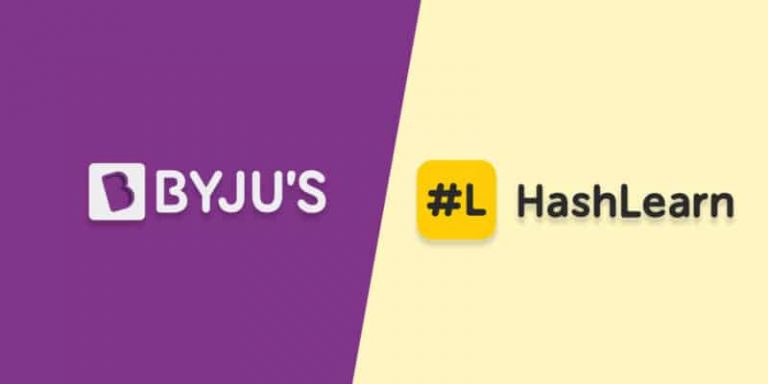 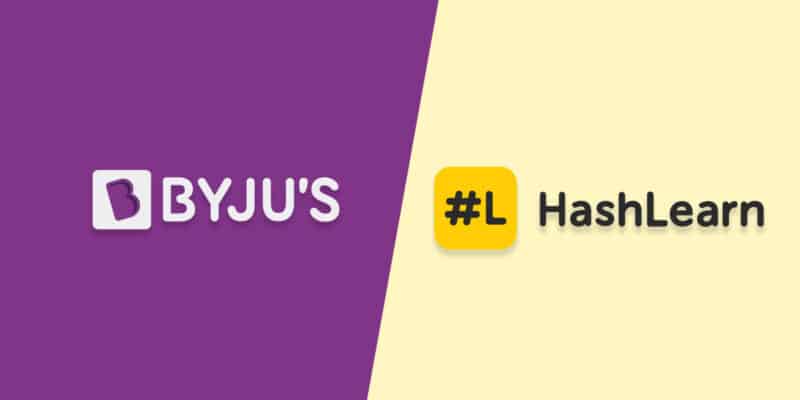 Backed by a lot of investors, Byju’s has been on an acquiring spree. The company has acquired many other small companies in the period of past 12 months. Since the month of August in 2020, the based in Bengaluru, edtech company has bought off many companies including WhiteHat Jr, Aakash Educational Services, Scholr and is now in further talks to acquire Toppr, along with Great Learning and Gradeup.

The acquisition of the last three is yet to be made public. Regardless of this, Byju’s has added yet another start-up to its bundle of acquired companies.

According to the sources and people that have the knowledge of the mentioned matter, the ed-tech firm which is valued as the largest in the country has yet again acquired yet another online coaching platform that tutors the students for competitive exams- HashLearn.

One of the sources who requested to stay anonymous as the matter is not officially out yet, said- “Byju’s acquired HashLearn two-three months ago and both co-founders Jayadev Gopalakrishnan and Gokul Janga have joined Byju’s.”

“Gopalakrishnan and Janga have joined Byju’s as consultants and they are working under the business unit of WhiteHat Jr,” said yet another source that refused to disclose the size of the deal.

The balance sheets that came out of HashLearn clearly showed that the company was financially in a state of dire in the period of FY 19-20. The company had witnessed huge losses of ₹3.5 Crore which had the net worth of the company to erode completely. The revenue it received from the operations, too fell to 90% from ₹2.38 Crore to just ₹24.02 lakh in just one year between FY19 and FY20.

To save the boat from sinking, the company also reduced its annual expenditure by 52.02% in FY20 to ₹2.02 Crore and still experienced a loss of ₹1.76 crore in the same year.

Pieces of evidence show that the company had arranged a special meeting with Byju’s on January 9t, 2021. In the meeting, a special resolution was passed to transfer all of the intellectual properties of HashLearn to Byju’s upon holding the acquisition of the company’s ultimate holding entity- Hash Education Inc.

Meanwhile, Byju’s looks set to become the most valued startup in India surpassing Paytm which is valued at $16 billion. According to media reports, it will raise about $150 million from UBS Group at a valuation of $16.5 billion.