Byju’s Acquisition Plans In The USA 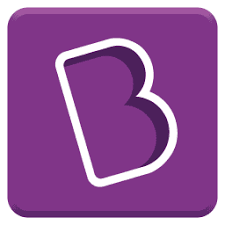 Byju’s Expansion Plans In the USA

According to reports Byju’s is planning to raise $500 million for its expansion plans in the USA in about a week, according to sources aware of the development.

Byju’s in the past has already acquired, a few of the US-based platforms. Some of the US-based companies like Platform Epic and Tynker have already been acquired by Byju. According to reports Byjus reportedly acquired epic for $5oo million and Tynker for $200 million. Byju’s is the leading education company from India, founded in the year 2011. The company claims of having more than 115 million registered students. Byju’s has acquired leading educational platforms recently.

A few of the other acquisitions of the company include Great Learning for around  $200 million and GeGebdra for around $100 million. The site of great learning boasts of its presence in more than 170 countries with more than 5.4 million learners. The website further reads that the courses offered at its platforms are prepared in collaboration with institutions like Standford Executive Education, MIT Professional Education, IIT Madras and IIT Bombay etc.

While GeoGabra which was acquired by Byju last year, says that it has a presence in almost all the countries. The Geobra site also says that it mainly provides Mathematics software for geometry, algebra, calculus, spreadsheet graphing etc under one platform.

Byju’s Contemplating The Acquisition of 2U

According to sources, Byju is also contemplating acquiring 2U. The official website of 2U which is a parent company of edex highlights 230+ partners, 4000+ digital offerings and 45 million plus global learners. Edex was founded in 2012 by Anant Aggarwal and his colleagues with an aim to provide education for all. Edex is known to offer courses offered by premier educational institutions of the world.

According to some reports, Byju’s is also contemplating the acquisition of Chegg. However, the development has not been confirmed yet.

What is Inorganic Growth?