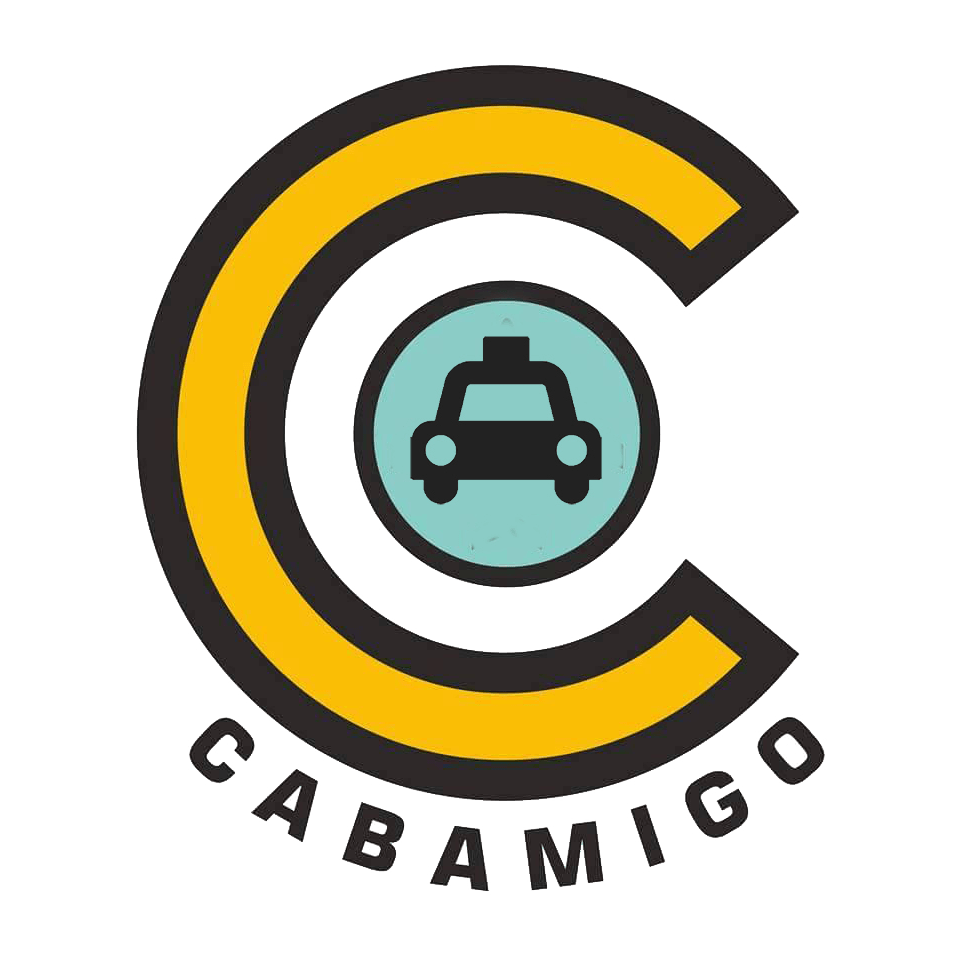 Taxis have been the talk of the tinsel town for quite some time now. Even car owners today have started preferring taxis over their owned vehicles. The cab industry indeed has gone through a lot of evolution right from getting a taxi on road, calling up taxis to making taxi booking via apps. The competition in this industry is getting fierce by the day, with so many online cab riding companies existing today in the country and everybody wanting to cater the best offers to their customers. I personally believe that sim card sales have increased since the time cab companies started offering free first rides. In this article today, we take a look at the story of Cabamigo , a company that is trying to create a shared ride ecosystem in India.

Why We Need Cab Sharing ?

Answer honestly, how many of us make friends with  fellow passengers while traveling in a bus, train, ship or flight (I guess I’ve covered all the major public transport methods). I do! We are not billionaire tycoons who can afford our very own private travel facilities (atleast not me). What we’re actually doing here is that since we both are going to the same place, we’re sharing our ride and getting to know each other along the way. Now given the fact that even cabs fall under public transport category, why do people travel privately in them ? The real reason could be you don’t know the actual destination of the cab and the person traveling in it. So how do you get to know if someone wants to share a cab in which you are traveling or if the cab that’s passing you is going to your destination? That’s where your amigo comes to your aid.

[box type=”shadow” align=”aligncenter” class=”” width=”600″]Cabamigo is a platform for users to share their cabs while traveling to the same destination (airport, concerts / events and railway station) in similar time frame. The website provides users with information including time, date of travel and number of passengers they can accommodate or want to get accommodated in a cab during their commute.[/box]

Leaving aside the soft side of the reason of making friends as you commute, we believe that the traffic situation on the roads is getting chaotic by the day. Lack of proper public transport has increased the number of vehicles on the road. The cab services have also added more vehicles to the already existing pool of vehicles on the road thus putting a huge load on the existing infrastructure. Moreover, what is sad and appalling is the weight and space each vehicle consumes to carry a single passenger from destination A to destination B. In a world where every parameter is being optimized for maximum usability, it is interesting to see how no one is thinking about the space utilization when it comes to our available infrastructure.

Maanas Mediratta, co-founder of Cabamigo, is born and brought up in Delhi. Maanas completed his Electrical Engineering from IIT Roorkee in 2013 and worked with Goldman Sachs till early 2015 as a technology analyst. Passionate, risk taker and adventurous, Maanas quit his job at Goldman in May 2015 and started Cabamigo.

Ankit Bhatia, co-founder of Cabamigo, is born and brought up in Punjab. He finished Computer Science Engineering from NIT Calicut in 2013 and worked for Goldman Sachs till early 2015 as technology Analyst. Passionate and determined to do something on his own, Bhatia quit his job at Goldman in June 2015 and co-founded Cabamigo with Maanas. He strongly believes that hard work always pays off, and is currently directing all his time and energy to make Cabamigo a success story. Besides academics, he is really passionate about football and loves to travel and read.

How It All Started

“The power to bring change is within us. If we jointly work towards solving a common problem, it can be done with very little effort”

True to his believes Maanas jointly worked with Ankit and brought the change in cab ride concepts. The core idea of Cabamigo struck Maanas, when he was stuck in traffic and couldn’t make it on time for his flight during Diwali. He observed that, although the distance between two frequently commuted places is not a lot (usually 8-9km) it takes an hour easily. “We can earn money, but cannot bring back time. We wanted everyone to save on the most important thing in life, TIME!” Maanas realized it was time to bring the change and thus Cabamigo started its ride on 24th July, 2015.

They started this venture with the mission of reducing congestion in the city. In order to successfully complete their mission, they’ve spent the last 3 months brain storming, taking surveys, understanding the safety points and trying to address them, creating marketing strategy, conducting guest lectures among students, provoking them to know all the safety concerns one could have and working on the best possible UI that appeals to the college going student as well as to a professional and so on and so forth to design the platform to be a scalable and workable model.

“Getting the right people for the job took us some time and some thinking.”

After initial round of work, they realised that they can be specialist no more, like they were in their jobs. Assembling a team, defining roles and responsibilities and matching them to individual’s strengths proved to be a real challenge.

They needed their team to be very strong on technical front as they are designing the platform to be scalable since the start. Also, they believed that an important component in driving success of a business is effective marketing. They’ve already received huge support and positive feedbacks from the IIM-B’s entrepreneurship event “Eximius”, and the interactive guest lecture held in CMS was able to take a lot of inputs from the students. Although they are just 3 week old start-up, their users loved their UI, the idea and the fact that most users already knew about their venture, or at least had heard of Cabamigo even before their presentations.

There are currently 7 members in the team and all of them had to think on all aspects of the business and come up with ideas and then make them feasible/workable and they believe that as a team they can deliver results in all fronts. Right now, they have operations in Bangalore, and are soon planning to expand to Hyderabad and Mumbai.

Bridging the gap between convenient and cheap mode of travel

Right sharing concept in cabs have been welcomed by frequent travelers within the city. Rideshare, Slimride, Blah Blah Car and soon Uber are providing carpooling services in Bangalore. All of these platforms are aiding towards the mission of reducing traffic, yet all are different in their service proposition. Rideshare and Slimride provide car pool to the airport at a flat fare. Blah Blah Car provides intra city services. Currently Ola and Uber are providing services on the inexpensive front, and Uber would be providing car pooling on real time basis. This however is not sustainable as we all know it, and we expect prices to go up in the near future. Cabamigo’s website is fundamentally designed to cater to the problems identified in ride sharing and is trying to be a one stop solution for all the ride sharers.

The potential lies among college students who are crunched for cash, IT professionals who have recently started their professional journey and outstation students and professionals who visit their hometown frequently switch from inconvenient modes of transportation which is cheaper in comparison to cabs.

Cabamigo helps people to connect with each other going to same destination at similar point in time. What would people generally do if they’re going to travel alone in a cab in the night? I usually text my cab’s registration number to a friend before boarding. So, how would you feel boarding a cab with a complete stranger? We still haven’t received the sixth sense technology to identify a person just by looking at his face. But, the USP of Cabamigo is that since all commute are pre-planned (airport / concerts / railway station) users get time to know their co-passenger before hand. This enables them to feel more secure about their travel and also screen co-passengers based on their common interests.

They designed their platform to be as transparent as possible. Cabamigo recommends signing up with Facebook so that more details about a person is available. Upon feedback they realized that they should make the user decide the level of information he/she wants to display. This was a point of debate since the start, but their consensus did hold water post the feedback, of leaving the decision upto the user. These users can provide the information to the selected few, who are travelling at the same time and wish to share a cab.

“We are soon coming up with trust meter for users. Syncing all social networking profiles, ratings by co-passengers who have travelled are few criteria we have taken into consideration.”

Airport, concerts and station are specifically chosen to reduce peak hour traffic. They’ve noticed that 2 hours before a concert there is massive traffic jam due to number of vehicles with one or two passengers in most cars. Case in point, the air show hosted last year is a typical example when it created a traffic jam to a stretch of 4 kilometres. Keeping the above factors in mind, they strongly believe that the cab pooling idea is quickly scalable. They intend to cater horizontally first, providing this platform for multiple events in a city, Bangalore at the moment and then expand geographically. They also are looking for tie ups with cab services to provide end to end service. Their upcoming feature includes trust meter and trip planner which will help users plan their route and time taken to reach destination.

They would seek funding actively when they decide to scale their operations in infrastructure. They fore-see this decision to gain strength from December onwards. The benefit of carpool will be most visible to people when their immediate problem is resolved. They intend to make carpooling a culture and believe that acceptance from people will be maximum for this concept as they can see benefits accruing immediately.

Cab Tech is surely one of the hottest segments in India right now with Uber and Ola leading the pack at this point of time. The rise in this industry has also given rise to a number of allied services supporting this industry. With Cabamigo, the company is surely trying to solve a real problem that exists in our country today, that of huge traffic jams in almost every city in our country. The company however will surely face a lot of competition from the existing Cab services. Also, the disposable incomes in Indian cities have increased giving rise to increased emphasis on “personal comfort” than saving money. In such a scenario the acceptance of cab sharing concept will be something we will have to wait and watch.Security also remains a major concern for this kind of service.

Again it is a really good concept but like they say – the success is in the execution. How this kind of service takes shape in the future and how the existing cab services react to this , will be an interesting trend to observe in the times to come.