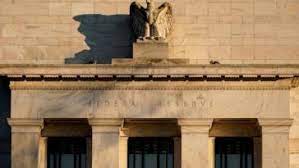 In this week’s update, lawmakers of California announced their agenda to introduce a new bill. This bill, to be introduced on February 17th, is to work towards protection of children’s data online. Gaining inspiration from UK’s children’s code recently introduced, it acts as a part of the globally growing momentum of necessary regulations on outsiders.

The bill, California age-appropriate design-code bill, will call for many of the tech companies to limit their data collection from youngsters. World’s biggest tech platforms like the Meta group and Google’s Youtube, headquartered in the state, would fall under this category.

The bill would require these platforms to control the amount of data they gain from young users of the same. Along with it, limit the tracking of location of these children in the United States. It seeks to protect not only children from California, but those from all around the country.

The moment the bill is passed into law, it will additionally place restrictions upon profiling these younger users which is done to target advertisements. Along with it, emphasise on the implementation of content policies considered “age-appropriate.” Finally, it will place a ban on the serving of behavioural nudges, which often trick young users to weaken their privacy protections.

The step proves how policymakers all around the world are persistently working in harmony and inspiring each other. On the other side, Big Tech companies have repeatedly put frantic efforts into standing against future laws. These laws are specifically the ones that target functioning in the American and European markets, etc.

The bill reportedly has bipartisan support and has come at a point when American lawmakers are profoundly expressing concerns regarding minors’ safety. Particularly, the concern is about safeguarding children on internet and motivating to implement rules which protect their privacy, security and psychological well being.

The Californian bill is structured upon the age-appropriate design code of UK. California assemblywoman, Buffy Wicks referred to the UK code as a “proven concept.” It has pushed large social media platforms such as Instagram, TikTok and Youtube to implement new safety measures for users below 18.

“It’ll be a first-in-the-nation bill,” said Wicks, coauthor of the bill. “Given the size and scope of California and you have a lot of these companies based in California… we have the ability to have a ripple effect,” she said.

Among the initiatives taken, Youtube would switch off the ‘autoplay’ function and introduce reminders saying “take a break” or “bedtime” for minors. Instagram introduced the feature which prevents adults from texting minors who do not follow them, and other changes. TikTok stepped forward to not send notifications to minor users after late at nights.