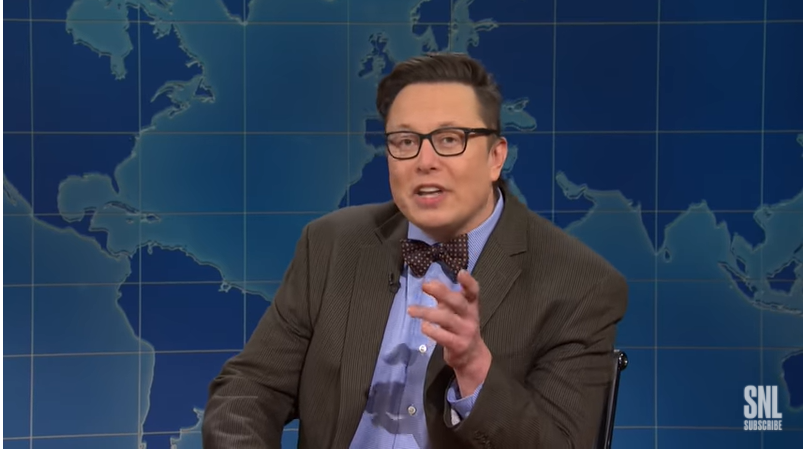 The latest episode of Saturday Night Live, one of America’s most viewed talk show that airs every Saturday on American channel NCB at 11:30 p.m. ET, had guest starring One of America’s most famous engineer and owner of the newest technology electric automatic self-driving car’s company Tesla- Elon Musk.

After Musk’s entrance, Musk thanked the host and joked around and told them to call him ‘the dogefather,’ “Thank you, Michael. Call me the Dogefather,” said Musk to Che when a lot of applause was received from the live audience at the studio.

This segment of the show called ‘Weekend Update’ was a parody of the news shows.

Every time Musk was asked about this, he always gave a different complex answer.

Finally when Che askes- “What is it (the dogecoin) man!” Musk finally settled on a simple explanation- “I keep telling you, it’s a cryptocurrency you can trade for conventional money.”

Making a final joke of the segment, Che said- “Oh, so it’s a hustle,” to which Musk finally gave in and said- “Yeah, it’s a hustle!”

While Musk was on the talk show talking about dogecoin, the price of dogecoin was seen going down from $0.55 to $0.50 just within a few minutes. However after the show ended, the price went back to $0.56.

A lot of Dogecoin watchers on social media passed jokes about the cryptocurrency’s constant changing values while Musk was on the show hosting it.