Prime Minister Justin Trudeau said on Tuesday that Canada’s decision on whether to ban Huawei (HWT.UL) 5G equipment, as all other members of the so-called Five Eyes intelligence-sharing network have done, will be taken in the “coming weeks.” 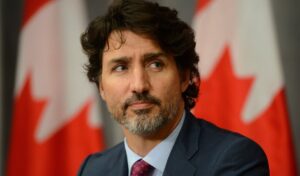 His comments on the judgement, which has been under review for three years, were the first since Huawei Technologies Co Ltd Chief Financial Officer Meng Wanzhou was released from house arrest in Vancouver last week after a nearly three-year battle against extradition to the United States.

Michael Kovrig and Michael Spavor, two Canadians who were detained by Beijing immediately after Meng’s imprisonment on a US warrant in 2018, departed China hours after Meng’s release and landed in Canada on Saturday. They’d been accused of espionage.

After striking an agreement with US prosecutors on Friday to resolve a bank fraud case against her, Meng Wanzhou, the daughter of Huawei Technologies founder Ren Zhengfei, was permitted to return home.

The extradition case has been a source of contention between Beijing and Washington, with Chinese officials indicating that the issue needed to be dropped in order to break the diplomatic deadlock.

On the basis that Huawei’s technology may jeopardise communications security, the US has urged allies to exclude Huawei from next-generation 5G networks. Canada, the United States, the United Kingdom, Australia, and New Zealand make up the Five Eyes network.

Until recently, Canada had stated that it was awaiting intelligence reports before making a final decision. According to reliable sources, Canada has successfully blocked Huawei but was reluctant to declare so publicly for fear of jeopardising the fates of the two detainees.

After his Liberals were re-elected for the third time, Justin Trudeau said on Tuesday that he will swear in his new cabinet next month, with Chrystia Freeland returning as his finance minister and deputy.

At his first full press conference since the election on Sept. 20, Trudeau told reporters in Ottawa that lawmakers will return to parliament this autumn – without specifying a date – and that enacting previously stated vaccine requirements would be a top priority.