Editing platform Canva has become one of the world’s most valuable startups, having raised $200 million in a new round to sit at a $40 billion valuation. The financial round saw participation from a number of major investors, and was led by T. Rowe Price. Others notable participants included Franklin Templeton, Bessemer Venture Partners, Dragoneer, Greenoaks Capital, Sequoia Capital Global Equities, Blackbird, AirTree and Felicis.

The fundraiser has helped the Australian design software firm more than double its valuation in a mere five months. The company continued to more than double in terms of sales, according to an official statement, and is expected to hit an annualized revenue run-rate of $1 billion by December this year.

Despite raking in such large sums through its business, Canva still seems keen on raising funds, and CEO Melanie Perkins says that one of the main reasons for the same is to “keep doubling headcount.” The company hit 2,000 employees this year, and another reason for wanting to bring in some extra money might be acquisitions.

Perkins has openly said that she “likes to have enough money” stashed for the company, so that even if the “lights turned off tomorrow,” they’d have ample amount of capital to keep the firm together and going for a long while.

This comes even as Canva has been seeing a solid growth over the years, only to emerge as one of the world’s biggest and most popular software tools.

The company, which had first started out as a photo-editing tool-maker, has now expanded to support video, presentations, and even live collaboration. Perkins now hopes to help bring in a new era of “responsive sites,” equipped with custom web domains. This, apart from helping users make a more long-lasting impression, will also allow Canva to compete against the likes of Wix and Squarespace.

The new funding will cause a dramatic rise on the stakes Canva’s founders have in the business. Perkins, and husband and business-partner Cliff Obrecht, each hold about 18 percent of the stakes, amounting to some $6.5 billion. Cameron Adam’s, meanwhile, is up for a 9 percent stake, which is equal to about $3.2 billion. 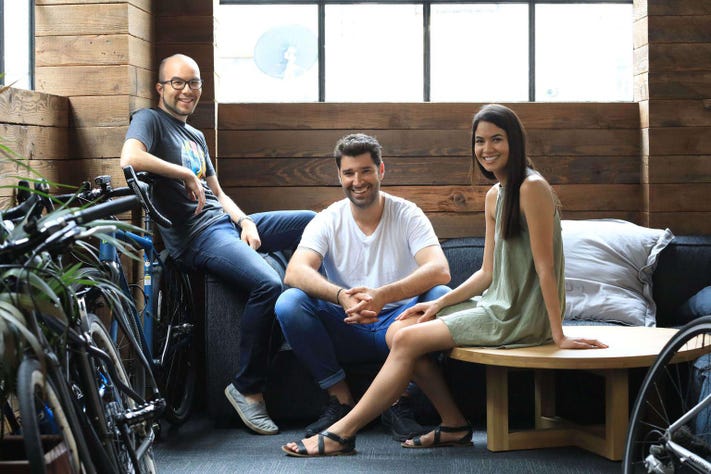 But apparently, the founders are not to keen to “hoard” the money for themselves, with Perkins and Obrecht already having pledged to give away 30 percent of the company to Canva Foundation’s charitable efforts. The first among these plans happens to be a $10 million donation to GiveDirectly, a non-profit, in order to distribute to South Africa’s vulnerable families.

The startup (which, by the way, isn’t looking to go for an IPO any time soon), already works with 130,000 non-profits and 60,000 schools, and has pledged to plant a tree for every print order it services.