Satoshi Nakamoto is a mysterious figure, and nothing is known about the creator of the world’s largest cryptocurrency. However, we can extrapolate certain facts about the originator from the accessible communications. 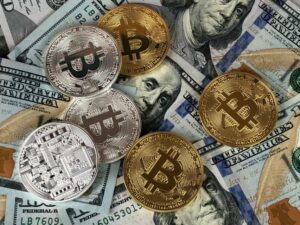 Hidden messages in some Bitcoin blocks were encoded by Satoshi Nakamoto, and they typically come as a pleasant surprise. Nakamoto’s message in the genesis block was a headline from a London Times article from January 3rd, 2009. Other mysterious messages, often with poignant sentiments, have been embedded in bitcoin blocks.

Satoshi Nakamoto mined the genesis block on January 3rd, 2009, and bitcoin was born. “The Times 03/Jan/2009 Chancellor on brink of second bailout for banks,” read a message embedded in the block.

The message was taken from a newspaper headline from that day, and numerous ideas have been proposed as to why it was included in the block. The most popular hypothesis is that Nakamoto was distrustful of financial institutions and needed to build something that would bypass their control, which led to the creation of bitcoin.

Satoshi Nakamoto did not have much faith in central banks, as evidenced by his remarks on message boards. “The core problem with conventional currency is all the trust that is required to make it work,” he said on the P2P Foundation forum. The central bank must be trusted not to debase the currency, yet there have been several breaches of that faith in the history of fit currencies. Banks must be trusted with our money in order to store it and move it electronically, but they lend it out in waves of credit bubbles with just a fraction of it held in reserve.”

According to early user reports, Nakamoto was concerned about potential network breaches and played the character of a benevolent dictator who only worked on the code but allowed other developers to test it.

Aside from the enigmatic inscriptions hidden in the genesis block, the cryptocurrency has a number of other easter eggs. A bible message was put in block 666,666 that reads, “Do not be overpowered by evil, but overcome evil with good – Romans 12:21.”

This statement may not have come from Satoshi Nakamoto, but it has gone down in Bitcoin lore as one for the ages.

Miners opted to honor Satoshi  Nakamoto’s genesis block by inserting a headline from the New York Times from April 9, 2020, during Bitcoin’s halving event in 2020. “With $2.3T infusion, Fed’s plan considerably exceeds 2008 Rescue,” said the message, which was very similar to the one encoded by Nakamoto.