Cardano to establish its own DeFi platform

After completing a critical mainnet upgrade last week, blockchain network Cardano (ADA) has announced that it is ready to establish its own decentralised finance (DeFi) platform. 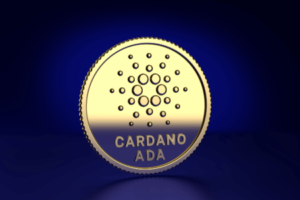 EMURGO, the altcoin’s commercial arm, is teaming up with Shenzhen-based tech firm Blockchain 4A to launch Astarter, a new business aimed at helping the financially disadvantaged.

“DeFi has been gaining pace extremely quickly over the past year, as it can give more accessible financial services to many people who have been underserved by the current banking system,” says Ken Kodama, CEO of EMURGO.

Financial inclusion and social cohesiveness are aided by a broader range of services, particularly in places where traditional financial services are missing.

Astarter is a first step in utilising Cardano’s research-driven blockchain as a platform for developing crucial decentralised financial infrastructure that everyone can use.”

By the end of the year, Carter hopes to launch its initial decentralised exchange offering (IDO). Which will be followed by the integration of decentralised borrowing and lending.

What was Cardano’s recent rollout?

The Cardano network has completed its much-anticipated Alonzo hard fork.

Developers will be able to launch a variety of new projects and apps on the network as a result of the upgrade. Which include decentralised finance (DeFi) platforms, non-fungible tokens (NFTs), and stablecoins.

So much code was written, and so much thinking went into developing a very innovative paradigm that is universally helpful, if only as an industry experiment [that] we believe is the best industrial model.”

With smart contract functionality now available on Cardano’s mainnet, Hoskinson is looking forward to what the ecosystem has in store. That will include the launch of the Plutus application backend. Which includes a set of components that will allow both technical and non-technical users to build on the network.

“So that’s the day, and you’re aware of what happens? On September 13th, Monday, there must be a morning after. We become aware of our surroundings. It’s business as usual at this point. A lot of things are going to happen. People play around with things and test things. The network will most likely be under a lot more pressure, which is OK.

The latest and greatest version of the Plutus application backend will be launched a few weeks later, and the [Cardano 2021] summit will take place. There will also be a lot of focus on the ecology as a whole. That is going to be a fantastic event.”