On Thursday night, electric vehicle company Tesla cut down the price of its cars across global markets by as much as 20 per cent.

Some analysts and investors said that the move aims to bolster demand as Tesla faces falling sales due to recession fears and stiff competition.

The decrease in price adds to the savings that U.S. customers will receive from a $7,500 federal tax credit that took hold for many electric vehicles at the outset of the year.

Dan Ives, a longtime Tesla bull and managing director of equity research at Wedbush, said in a research note on Friday, “It’s no secret that demand for Tesla is starting to see some cracks in this global slowdown for 2023. We believe this was the right strategic poker move by Musk & Co. at the right time.”

Tesla did not immediately respond to a request for comment. 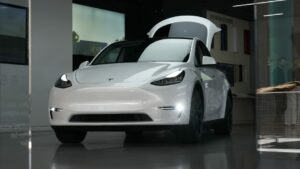 Shares of Tesla have fallen more than 45% since Musk took over Twitter less than three months ago. Tesla’s stock fell more than 2% in early trading on Friday in response to the price cut.

In a tweet, he said, “I expect Tesla will sell out of inventory and have a long order book with the price cuts AND government credit now for the Model Y. I think this is the right move.”

Earlier, Musk has attributed the falling stock price to rising interest rates, which typically benefit savers who stand to gain from an uptick in the interest yielded by accounts held at banks.

Musk has defended his actions at Twitter as part of an aggressive effort to rescue the company from financial peril, which he described in a Twitter Spaces interview last month as an “emergency fire drill.” 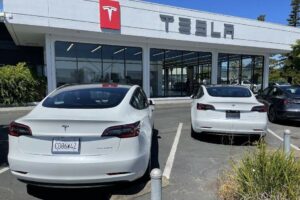 “That’s the reason for my actions,” he added. “They may seem sometimes spurious or odd or whatever.”

An S&P Global Mobility report showed in November that Tesla remains the top seller of EVs in the U.S. but its lead has slipped in recent months as competitors offer a host of affordable alternatives.

Ever since Tesla decreased the price of it’s cars across global markets, it has seen magnificent jump in sales all over the world. Carmax alone sold 57 per cent of its Tesla inventory in the last 24 hours.

CarMax, Inc. is a used vehicle retailer based in the United States. It operates two business segments: CarMax Sales Operations and CarMax Auto Finance. The corporate entity behind the formation of CarMax was Circuit City Stores, Inc. The first CarMax retail location opened in September 1993 in Richmond, Virginia. As of October 2022, CarMax operates 238 locations