CATS clogged Ethereum as Mila Kunis’ NFT project sells out in 35 minutes According to statistics from Dune Analytics, failed Stoner Cats transactions cost a total of 344.4 ETH ($793,000) in value. 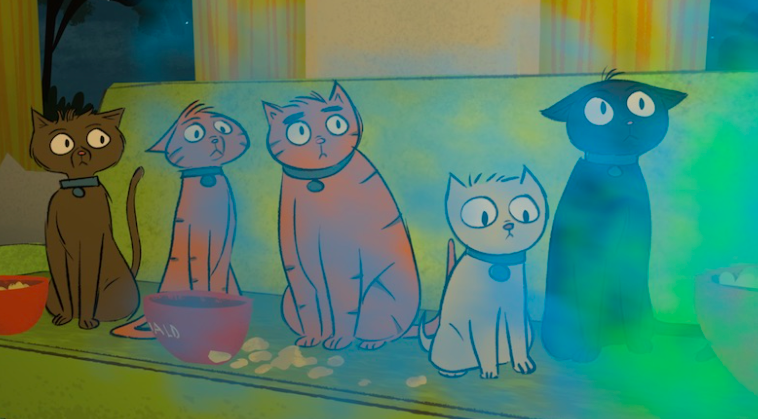 Stoner Cats is an NFT-backed cartoon series in which celebrities such as Kunis, Jane Fonda, Ashton Kutcher, Seth MacFarlane, and Chris Rock voice the characters. The NFTs allow the owner to see the show, and the project is funded through the selling of NFTs.

Actress Mila Kunis launched her NFT project based on these tokenized cats which sold out in just 35 minutes, making it reminiscent of of another cat-based NFT project, CryptoKitties, which infamously tested Ethereum network’s cardio in 2017.

Stoner Cats was initially delayed by a day due to a glitch in the underlying art layers discovered by the team. The second attempt, on the other hand, was a success, selling out in just “35 meow-nutes,” as Stoner Cats put it.

If you got a TOKEn, drop it here!

NFT collectors picked up the first tranche of Stoner Cats, which had a cap of 10,420 NFTs at a price of 0.35 ETH each, worth about $804 at the time of writing, sending gas prices soaring. Over the duration of the first season, another 3,000 new NFTs will be distributed, according to the project’s website.

On Twitter, Defiprime joked that “as usual, cats choked Ethereum,” and it posted on-chain data showing a dramatic jump in ETH gas fees, which ranged from 200 Gwei ($9.50) for a slow transaction to a whopping 709 Gwei ($33.67) for a fast transaction.

According to statistics from Dune Analytics, failed Stoner Cats transactions cost a total of 344.4 ETH ($793,000) in value. The hype was still shortlasted compared to CryptoKitties, which not only broke Ethereum but also the internet.

Investors have raced to OpenSea to buy the NFTs, and a StonerCat NFT representing Buterin’s figure is presently on sale for 77 ETH, or nearly $177,000 – a 9,500 percent markup. For 420 ETH, or more than $960,000, an NFT representing MacFarlane’s character is up for sale.