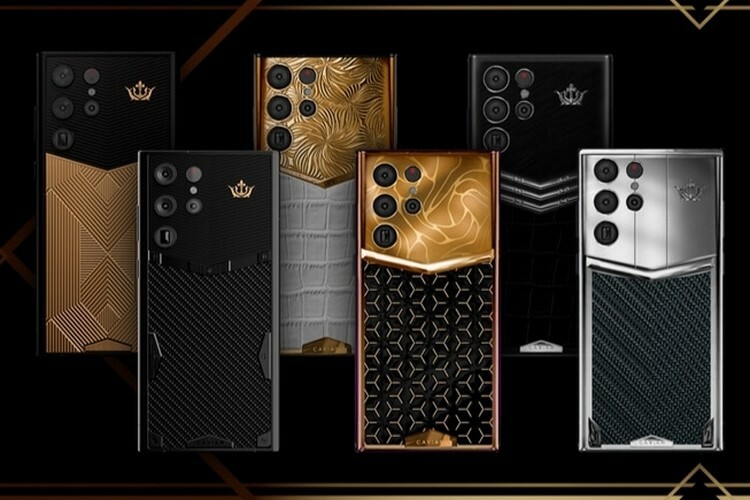 If you’re interested in super-expensive bespoke devices, you’ve probably heard of Caviar, a Russian luxury business. In the past, the business has released some exorbitantly priced iPhones and PS5 consoles with premium modifications. Caviar has now released a limited-edition collection for the Samsung Galaxy S22 series, beginning at $5,920. Take a peek around!

Samsung has announced the Galaxy S22 series in the global market. Caviar, on the other hand, was fast to release its customised Galaxy S22, S22+, and S22 Ultra variants, which included luxury materials such as 24K gold, lightweight titanium, and carbon fibre.  Caviar’s latest Galaxy S22 series features six distinct designs, each with its own inspiration and aesthetic. Bird of Prey, Ocelot, Drive, Great Gatsby, Victory, and Titanium are among them.

The Galaxy S22 Drive series, on the other hand, has a black titanium frame and a carbon fibre rear. It is modelled by high-speed racing automobiles from the 1920s and 1930s. Geometric motifs adorn the back panel of the Great Gatsby, which is made of gold-plated metal.

Victory and Titanium, the other two styles, incorporate black crocodile leather and automotive carbon, respectively. To maintain exclusivity, Caviar will produce 99 Galaxy S22, S22+, and S22 Ultra devices for each design, with orders beginning to arrive on March 11.

It’s worth noting that Caviar only modifies the gadgets physically to make them seem one-of-a-kind. You’ll receive the same specifications and features as the ordinary Galaxy S22, S22+, and S22 Ultra smartphones under the hood. While the Galaxy S22 and S22+ do not include the S-Pen, the Galaxy S22 Ultra will include a custom-designed S-Pen that matches the style of the phone.