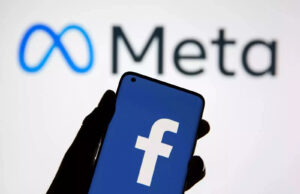 Meta plans to set up a team to look into misinformation
Source: The Economic Times

As the Russian invasion of Ukraine escalates, spread of misinformation simultaneously grows on social media platforms. Such posts spreading fake news are rampant across platforms like Facebook, Telegram, Instagram, etc. The spread of gaming videos posing as attacks on Ukraine, is one of the crucial examples of such misinformation.

As a response, Facebook-parent company, Meta has initiated a task force dedicated toward looking at social media content based on the invasion in Ukraine. Meta’s president of global affairs, Nick Clegg, confirmed the initiative in a statement on Thursday, February 24.

Clegg made a post on twitter remarking how devastating the situation is in Ukraine. In order to keep all of Meta’s platforms safe for all users, the company would be implementing various methods to maintain the sanctity of the users’ space. Apparently, Meta has formed a Special Operations Centre which is said to comprise experts in the field, along with native speakers. They will be incharge of responding to the misinformation within an adequate time frame. Along with the misinformation, they would also keep a check on hate speech, or any post that could be a form of violence on the platform.

Meta is working towards labelling content specifically if they are a form of state-controlled media, or they found to be, in fact, false news. Along with that Cybersecurity teams on Meta are constantly working towards monitoring those integrated attempts to defame Meta’s platform through repeated abuse.

The head of security at Facebook, Nathaniel Garber clarified that their platform has introduced a new profile feature for users in Ukraine. This feature would allow them to put a virtual lock on their Facebook profiles. This would provide an additional shield of privacy on their profile, securing it internally. When these users have their profiles locked, people who are not a part of the user’s friend list won’t be able to view it. These outsiders would be unable to download or access their profile picture in any way, or view any post or status on their Facebook timeline.

<blockquote class=”twitter-tweet”><p lang=”en” dir=”ltr”>1/ In response to the unfolding military conflict in Ukraine, we have established a Special Operations Center to respond in real time. It is staffed by experts (including native speakers) so we can closely monitor the situation and act as fast as possible.</p>&mdash; Nathaniel Gleicher (@ngleicher) <a href=”https://twitter.com/ngleicher/status/1496909654072315915?ref_src=twsrc%5Etfw”>February 24, 2022</a></blockquote> <script async src=”https://platform.twitter.com/widgets.js” charset=”utf-8″></script>