The payments giant’s research and product teams are working on a universal payment channel (UPC) initiative, which is a blockchain interoperability hub that connects blockchain networks and enables digital asset transfers, as the company said on Thursday (Sept. 30). 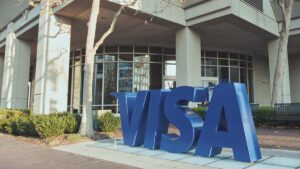 In a statement, Visa said, “Imagine splitting the bill with your friends when everyone at the table is using a different kind of money – some utilising CBDC like Sweden’s e-Krona, and others preferring a private stablecoin like USDC.” With the UPC initiative, this type of gadget “may well be a reality” in the “not-too-distant future,” according to the business.

According to the statement, the project would develop specialised payment channels between blockchain networks, connecting CBDC networks from nation to country as well as private stablecoin networks.

In 2018, Visa’s research team started looking into the UPC concept with the goal of developing an interoperability framework that would function independently of the underlying blockchain activities. According to Visa, “in the end, the UPC solution intends to operate as a network of blockchain networks, offering value to varied types of money movement, whether they originate on the Visa network or elsewhere.” Visa stated in a statement.

Visa’s announcement about integration with circle

Visa said last year that it would integrate its global payments network to Circle’s U.S. Dollar Coin (UDSC). Visa provided a credit card that allows businesses to make and receive payments in digital money as part of the agreement.

Cuy Sheffield, Visa’s head of crypto, said at the time, “This will be the first corporate card that will allow businesses to spend a USDC balance.”

Visa announced in July that it had created relationships with more than 50 cryptocurrency platforms and exchanges to enable end-users to spend digital currencies using crypto-linked cards, with customers spending more than $1 billion in the first half of 2021.