Ford is known to have been pushing for an electric fleet much better than other companies. Especially ad Ford’s Mustang Mach-E competes Tesla Model 3 and Model Y and Ford F-150 is going to compete with electric pickups like Cybertruck and Rivian R1t. Surprisingly Ford CEO Jim Farley says that he is not ready to give up on ICE vehicles yet. 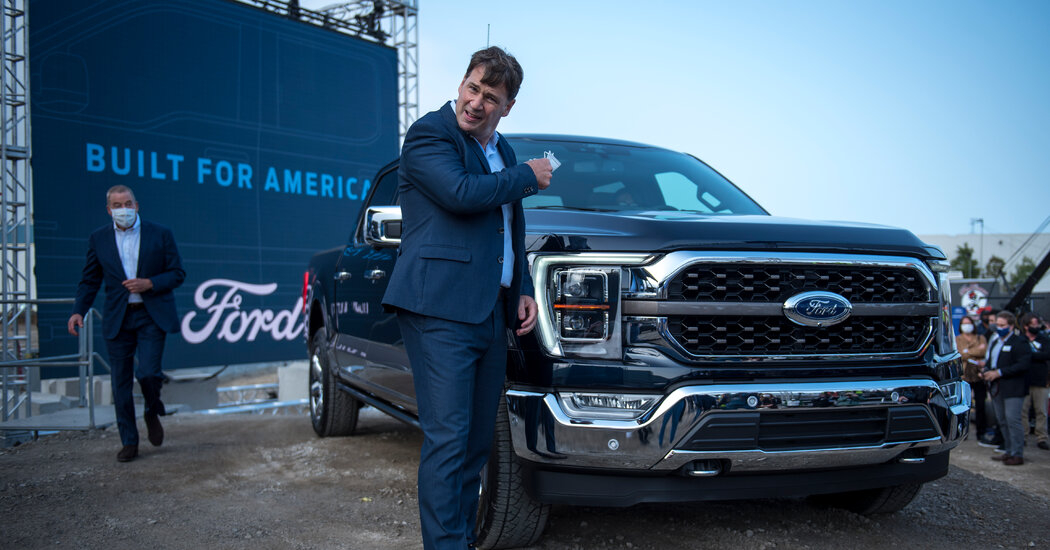 During a segment in Yahoo Finance, “I think, for me as a car guy, I’m excited about driving my Mach-E. I’m not giving up my ’73 Bronco or my Mustang 5.0-litre coupe, by, you know, if I have a third vehicle in the household, it’s probably going to be a Mach-E.”

Ford CEO Jim Farley: “I’m not giving up my ‘73 Bronco or my Mustang 5.0-liter coupe but, you know, if I have a third vehicle in the household, it’s probably going to be a Mach-E!” ⛽️⛽️🔋 $TSLA $F #MachE #EV @elonmusk pic.twitter.com/dSlfHB4LE0

Though Farley seems to be saying Mach-E is a car he would definitely own, it is still his third priority. Having a favorite or preferable car which you already had for a long may not seem surprising. But being a CEO of a company that promises to electrify in coming years, the idea of not giving up combustion engine vehicles is questionable.

On the other hand, Ford hasn’t made an alternative for ’73 Bronco, so having a Bronco might make sense. But the CEO himself is not willing to get rid of ICE Mustang, a rather disappointing for the electric crossover, Mach-E. The irony is very strong as Ford has been trying hard to make sure the electric crossover is like the ICE vehicles and is portraying that way to its customers.

Without any doubt, with this statement, the company seems to have put its foot in its mouth in case of EV transition. After having announced an $11.4 billion investment in the electric fleet segment. The expansion of the EV line not being followed or believed by the CEO is a questionable move. Mach-E has been fairly being received by customers, as the vehicle was known as the best EV until recently when Tesla Model S Plaid was released. Mach-E in recent times has been known to have problems, but that is only in cold regions where many other EVs face the same issue in regard to glass.

Having recalls, and the CEO avoiding the Mach-E, there might not be a long future for the vehicle unless they develop the vehicle. Not to forget, it was with this Mach-E and Blue Cruise installed to it, that Farley took a jab at Tesla. Now the question not answered is, Whether Ford will make an EV which Farley is ready to opt it as his second or first car.