According to Raghuram Rajan, former governor of the Reserve Bank of India, the onus of supporting sustainable investments should fall on governments rather than central banks, which already have major other policy commitments. 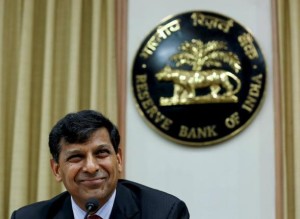 Mr Rajan told the Reuters Global Markets Forum on Wednesday that central banks should stay away from politically motivated unregulated areas like “green” investments. He said so because their responsibilities of supporting financial and monetary stability are already extremely broad.

Mr Rajan has previously served as the IMF’s chief economist. He believes that central banks should instead concentrate on the financial stability of green investments. Along with that, he emphasised and other concerns such as cryptocurrencies and cyber security.

Mr Rajan believes that cryptocurrencies, particularly well-regulated stablecoins, have a “potential future.”  But it’s unclear what fundamentals are supporting their valuations other than a “heady environment” in which easy monetary policy is fueling all asset prices.

In a doomsday situation, cryptocurrencies will not be “your final resort,” he claimed. “Once these cryptos find proper use cases,” such as an effective means of payment, especially in cross-border transactions. “I would be considerably more convinced about their value.”

Mr Rajan, a finance professor at the University of Chicago Booth School of Business, said he did not expect a “taper tantrum” like the one that occurred in 2013. When the US Federal Reserve announced its plan to reduce stimulus, which he said was unlikely to occur at Jackson Hole on Friday.

“Ideally, the Fed would like to keep an eye on the economy for as long as possible,” he said, “to guarantee that it is on its way to recovery.” “Of course, the issue is the Delta variation, as well as any other variants lurking in the shadows.”

Inflationary pressures in the United States are expected to be temporary, but he believes prices will remain high for longer than expected due to high wages, labour shortages, and additional fiscal stimulus measures.

Mr Rajan explained, “Firms are feeling confident enough to pass through price increases… they don’t do it until they believe these higher prices are here to stay.”

Mr Rajan stated that while inflation in India may rise in the near term as pent-up demand takes root, causing supply-side bottlenecks, demand will reduce in the medium term due to stressed people and economic scarring caused by the pandemic.

Many emerging-market central banks are taking the initiative and boosting interest rates, according to Mr Rajan.

The RBI is obviously keeping an eye on the data and will make a decision when the time comes.”