Is Infosys with ‘anti-national’ forces? RSS-linked journal sparks a flurry of responses on Twitter.

Infosys has yet again made it to the trending list on Twitter and for all the wrong reasons yet again. Seems like the company is finding it difficult to detangle the chain of controversies that have been following it for a while now. However this time, Infosys is not completely on the wrong side as there is some amount of public support and sympathy flowing in following the allegations made by Panchajanya, a journal affiliated with the Rashtriya Swayamsevak Sangh(RSS). In its latest edition, the weekly has alleged that the reason behind the misfunction of the portal and other glitches might be because Infosys is with “anti-national” forces. The allegation has brought forth sharp criticism. It seems like people are not ready to take in everything said and done without the least bit of thought (or way too much thought). 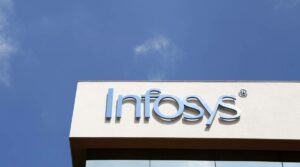 Infosys has been in the news for some time now owing to the persistent glitches in the e-portal and their failure to address that efficiently. Not so long ago, people had made their disappointment evident on Twitter as they called out the leading corporate over its inability to deliver efficient service. Questions were also raised as to why such crucial jobs were assigned to them after multiple failures.

Although the disappointment over their failure to carry out their job was real, not everybody is pleased with the article in the RSS-linked journal that alleges that Infosys might have “anti-national” relations. Truth be told, “might” is an understatement here as the editor of the weekly stood by the claims made in the article and there was no hint of confusion. The article even went on to suggest that the continuous failures on the part of the corporate might be a deliberate effort made to stump the growth of the company’s economy. This is not the first time that the journal is heaping allegations although before it was largely limited to individuals and small organizations.

The allegation made is rather sensitive and RSS might have got a whiff of that. Which explains why those at the helm of the party have come forward to disclaim what has been written in the article. Before making allegations about relations with anti-national forces, RSS must take some time out to check their inner relations. Because the fact that Sunil Ambedkar, RSS spokesperson, has disclaimed the allegations made while the editor f the journal continues to stand by the report is rather conflicting. Take a look at the tweets.

Panchjanya is not mouthpiece of the RSS and the said article or opinions expressed in it should not be linked with the RSS. @editorvskbharat

Now here is the counter-strike by Hitesh Shankar, the editor of the journal.

1) Panchjanya stands firm with its report.
2) If Infosys has objections, it should present its side by urging for a more thorough investigation of these facts in the interest of the company. @epanchjanya #Infosys pic.twitter.com/I0uMRQUHH1

Now let us take a look at what the netizens think about all these.

Tatas are anti national, Infosys is anti national. The only true patriots are ‘hamare’ Mehul bhai and Nirav Modi.

RSS weekly Panchajanya attacks Infosys over glitches in I-T, GST portals | Business Standard News. Demented, crazed writers like this see conspiracies behind every shadow! They are not objective and should be condemned https://t.co/pzOWr8Pxlz

Instead of asking tough questions to Infosys left ecosystem is targeting @epanchjanya for their article.

The left ecosystem should fight for taxpayers, but they are fighting for Infosys, just because they get funds from Infosys.
Taxpayers should note this.

Sorry, I have no sympathy for that breed!!! pic.twitter.com/Lf3Bg89lJg

Just look how the whole left ecosystem came to support Infosys and Tata after few people are highlighting their collaboration with Anti-India and anti-Hindu cartels.

I support @epanchjanya for their article on Infosys. No one is above the nation.

And here are some suggestions.

All bhakts working in Infosys should give mass resignation https://t.co/qYjSxKjmFu

The scurrilous attack on Infosys in a RSS publication is outrageous and actually anti-national. Companies like Infosys have transformed India and its standing in the world. The article is an attempt to shift the blame from the Govt and deserves to be wholeheartedly condemned!

RSS affiliated Panchajanya, says Infosys is working with anti-national forces and is part of tukde tukde gang. First the attack on Tatas by Commerce Minister&now this. Silence by industry biggies. Okay.

Irony!
When Infosys can't create an IT Portal even after 5 attempts, but requires a CA with max. 2 attempts. 🙌😂Curtsey: Chartered World pic.twitter.com/uIoQLLuhWR