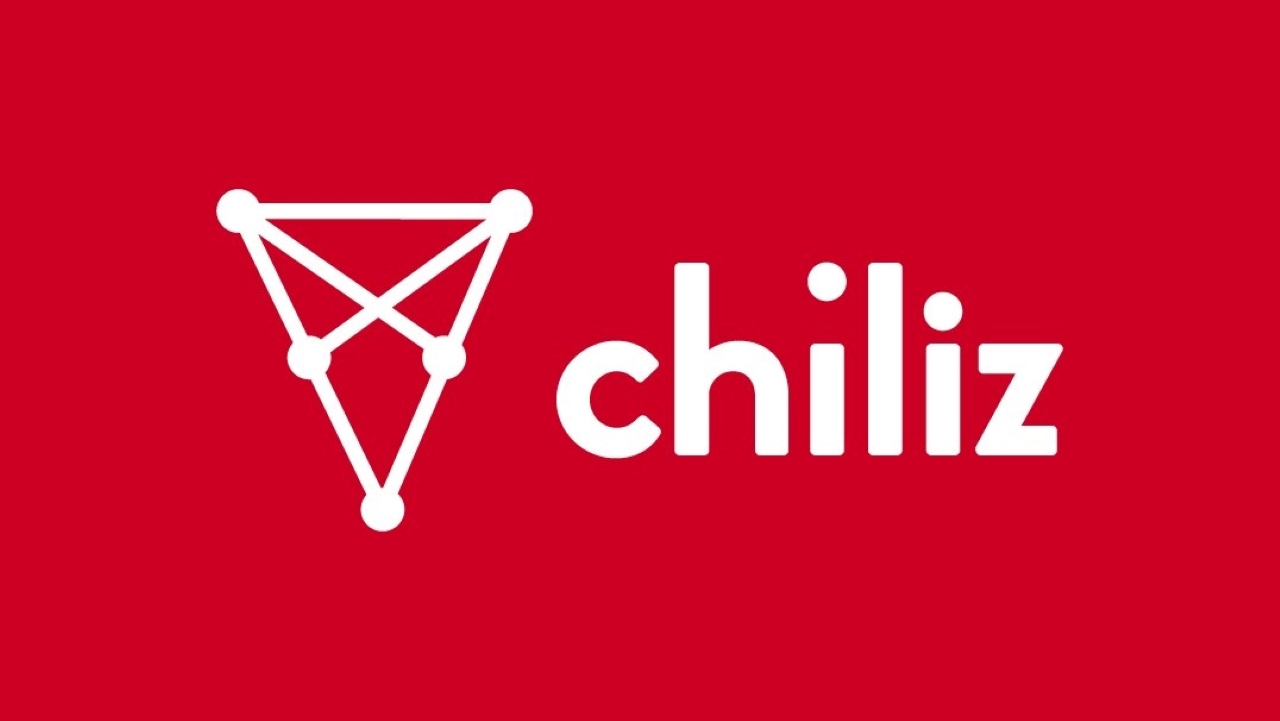 Cryptocurrency has been the most popular topic for people to talk about nowadays and the biggest reason for this is the fact that the crypto industry has had a boom in popularity as well growth and development over the past few years. This digital asset of yours can provide you with significantly huge returns but if not careful enough, it can result in losses as well. This tells us that the digital currency marketplace is highly volatile and uncertain and the fluctuation in values can happen surprisingly quick.

Over the past couple of years, I have seen crypto gaining the attention and support of many people having celebrity status as well as some big businessmen such as Elon Musk, the CEO of Tesla. Being so popular, I can only assume that almost all of you are already familiar with the basic concept of crypto and are wanting to know more. But for those of you who are still not aware of the industry and its operations, let’s talk about that first.

In simpler terms, crypto is a decentralized industry which makes it possible for it to work outside the control and jurisdiction of the government and other central authorities as well. Besides that, cryptocurrency makes use of something commonly known as blockchain technology which uses several computer networks in order to record and verify transactions made over the platform.

Other than this, I know that investing your money in something can be risky and that you don’t always have the assurance that your investment will be safe but you will be relieved to know that virtual currencies are extremely secure, all thanks to cryptography.

Some other characteristics of cryptocurrency include its portable nature, uncertainty, volatility, ease of use, as well as its ability to be made use of in some illegal activities as well, which obviously is not recommended. Not to mention, this virtual asset can be used for buying and selling goods and services over the internet along with having to fulfill the purpose of trade and exchange over various cryptocurrency exchanges available online.

In addition to this, many experts on the field believe that digital currencies are meant to be the future of payment systems all around the world and it sure looks like it is already progressing in the same direction. Talking about a lot of currencies available today, some popular cryptocurrencies that you can invest in right now include Bitcoin, Ethereum, Binance Coin, Dogecoin, Baby Doge, SHIBA INU, Cardano, Binance Coin, and a lot more.

Having talked about cryptocurrency so far, you might have understood what it is all about and I believe that now you will be able to have a much better understanding of what we have with us today, Chiliz. To know more, I suggest you read further.

Everything to know about Chiliz(CHZ) 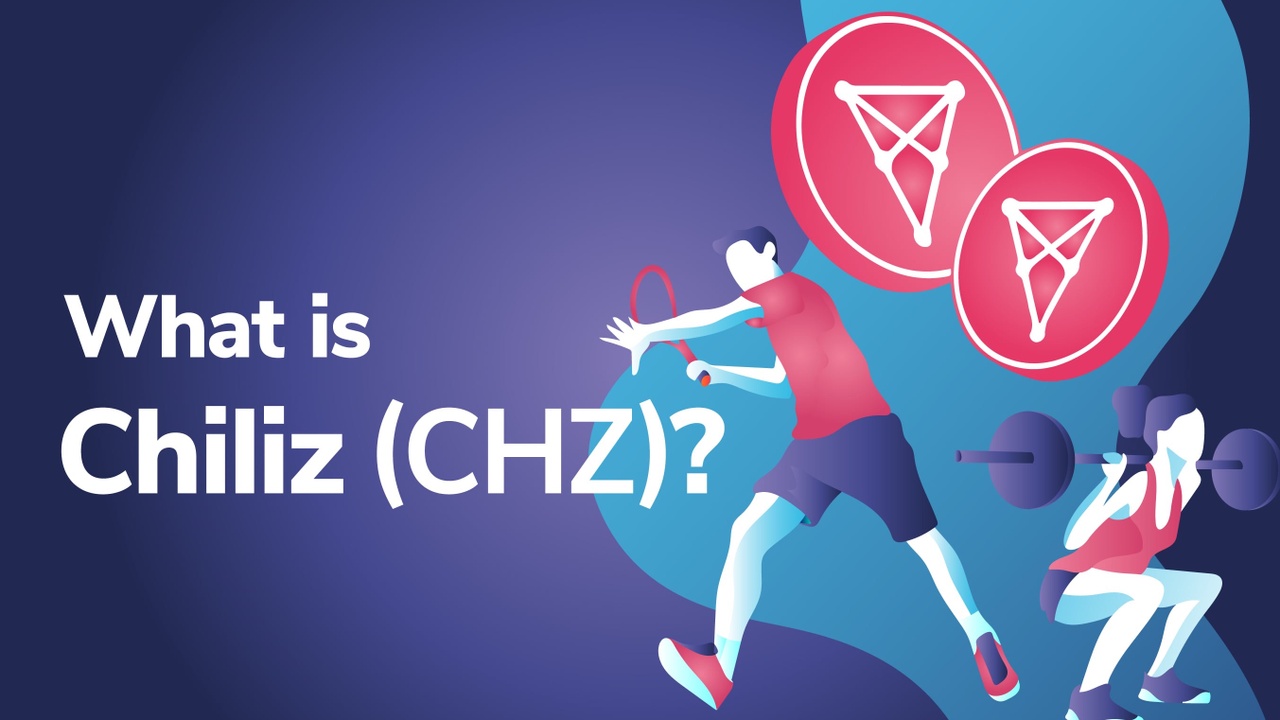 Chiliz or as often referred to as CHZ, is nothing but the leading virtual currency for entertainment as well as sports, powering the very first blockchain-based platform focused on rewards and fan engagement, Socios.com. In simpler words, Chiliz is a currency option for services and products that are backed by blockchain technology and are geared towards consumers in the mainstream. Using the platform, Fans can trade and purchase Fan Tokens that are branded as well as have the ability to influence, participate and give their vote in club-focused polls and surveys.

Founded in Malta around three years ago, back in the 2018 model year, the platform’s aim is to bridge the gap between passive and active fans, thus providing millions of sports extremists with a Fan Token which is designed to behave like nothing but a tokenized share of influence. Chiliz is one of many blockchains for gaming and esports crowdfunding and having officially being launched in 2019, the whole concept of Socios.com as well as Chiliz was initially developed in 2016.

Talking about Socios.com a lot, some of you might be wondering what is Socios all about? Let me explain it in brief. Socios.com is nothing but just a platform using blockchain technology, aiming to provide buyers with an opportunity to purchase voting rights as well as a tokenized share of influence for the teams they support and love. In simpler words, Socios is nothing but a full-featured ecosystem made particularly for fan tokens. 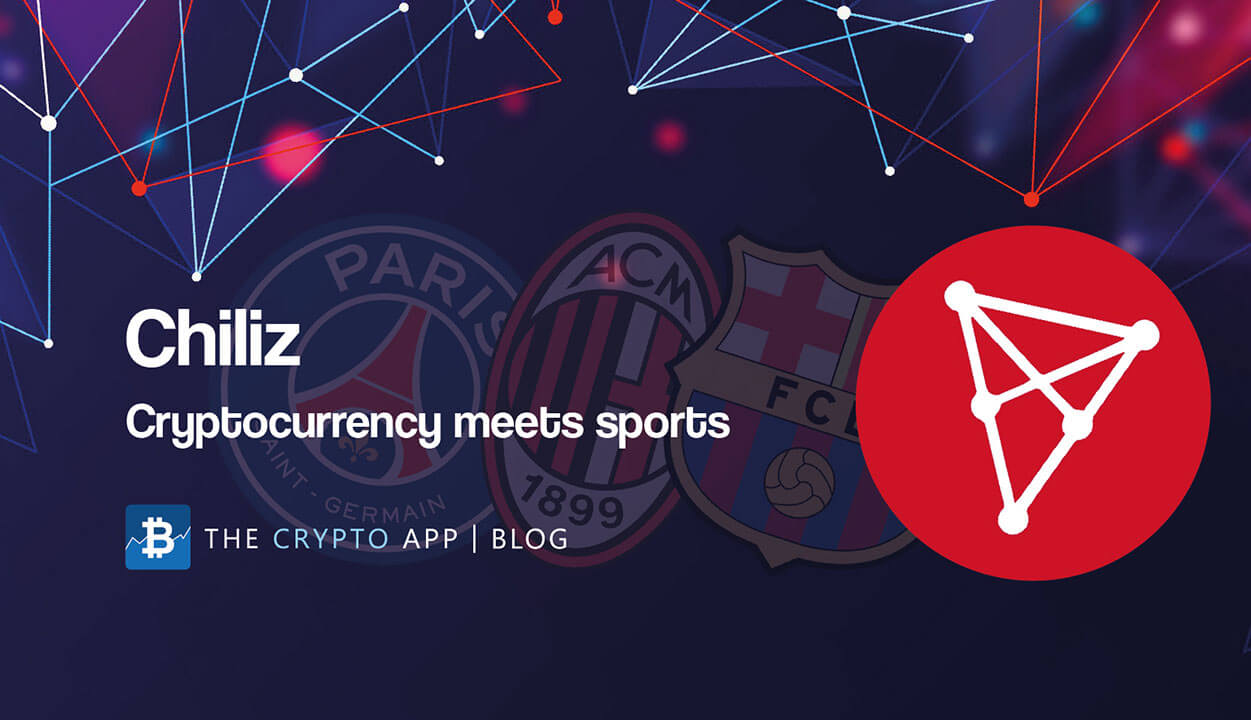 For instance, say football. Juventus is the very first football club to have introduced a team token with the help of the Socios platform. Since that day, more than a hundred different teams have joined the platform, each with its own unique token.

Today, mainly twenty-five major sports organizations including AC Milan, Juventus, Paris Saint-Germain, FC Barcelona, OG, Professional Fighters League as well as Manchester City are known to have launched their very own Fan Tokens on the platform, with many more lined up for the near future.

In addition to this, it is worth mentioning that, CHZ that we previously talked about is the native utility token of the Chiliz project. CHZ is known to be an ERC-20 token that functions on an Ethereum based blockchain of the platform. The token can be used for many things and it also serves as a currency that enables users on the platform to buy Non-fungible tokens or as known NFTs at Chiliz’ Socios fan token marketplace.

Basically, there will be no CHZ token without the Socios platform. Also, as previously mentioned, CHZ allows fans to buy branded NFTs as well and it is worth mentioning that CHZ is considered to be the only currency that Is widely accepted in the Socios NFT marketplace.

This allows users to vote on polls published on the Socios app and as a result, gives influential decision-making powers to the users. Ownership of the currency also provides fans with access to amazing experiences, exclusive rewards, social interaction, gamification as well as leaderboard features with a lot more additions coming through the 2021 model year and beyond.

Some other features of the CHZ token include:

1. The CHZ token of the platform can be made use of in order to buy/trade Fan Tokens with the help of the consumer-facing platform, Socios.com.

2. Fan tokens can be traded on the platform’s very own exchange, www.chiliz.net against CHZ.

3. As mentioned previously, the utility token is known to exclusively fuel Socios.com, where fans will be able to be a part of surveys and polls and will be rewarded through active engagement on the platform.

4. Users on the platform will require CHZ tokens to be a part of Fan Token offerings(FTO) which is the initial sale of Socios locker room and Fan Tokens that shows other partner clubs and users as to how much is the demand for Fan Tokens and thus will influence other sports brands and clubs to join Socios.com.

5. Lastly, CHZ is known to have a high utility and is traded on major globally renowned cryptocurrency exchanges including HBTCC, Paribus, Bitpanda as well as Mercado. 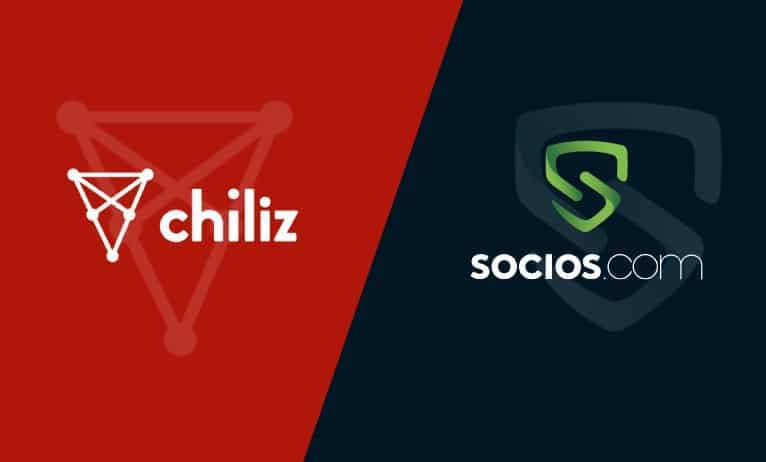 The Fan Tokens offered at Socios are not just mere collectibles for sale. The team-branded NFTs provide fans with an influence in team decisions as well as gives them an interactive relationship with their favourite teams. Fans who own the token will be able to express themselves by voting on polls published by teams who are already a part of Socios.

Basically, if you have a team-branded NFT with you for a particular club then, you get a vote. But if you have two of those NFTs, then automatically you will get two votes and so on and so forth. Therefore, this means that your influence over the decision-making of a team grows as and when you collect more of those Fan tokens for each specific team. As a result, this will create an incentive of sorts for users to trade, purchase and collect more and more Non-fungible tokens.

Apart from this, in order to improve their popularity and earn more support by making users feel that they are a part of the team, entertainers and teams themselves are able to offer additional rewards and benefits for token holders including team-branded merchandise, live streaming meet the team events, premium or VIP seats at events, gamification programs as well as leaderboards. In other words, the more the fans collect those NFTs, the more they gain a closer relationship with the team along with a lot more benefits.

Talking of NFTs, non-fungible tokens are issued if fan Token offerings by Socios partners and the tokens are stored safely on the Proof-of-Authority sidechain of the Socios platform. On the other hand, prices and value of the fan Tokens rise and fall on their own as per the law of demand and supply as well as the popularity of the team of course.

What makes it Chiliz special? 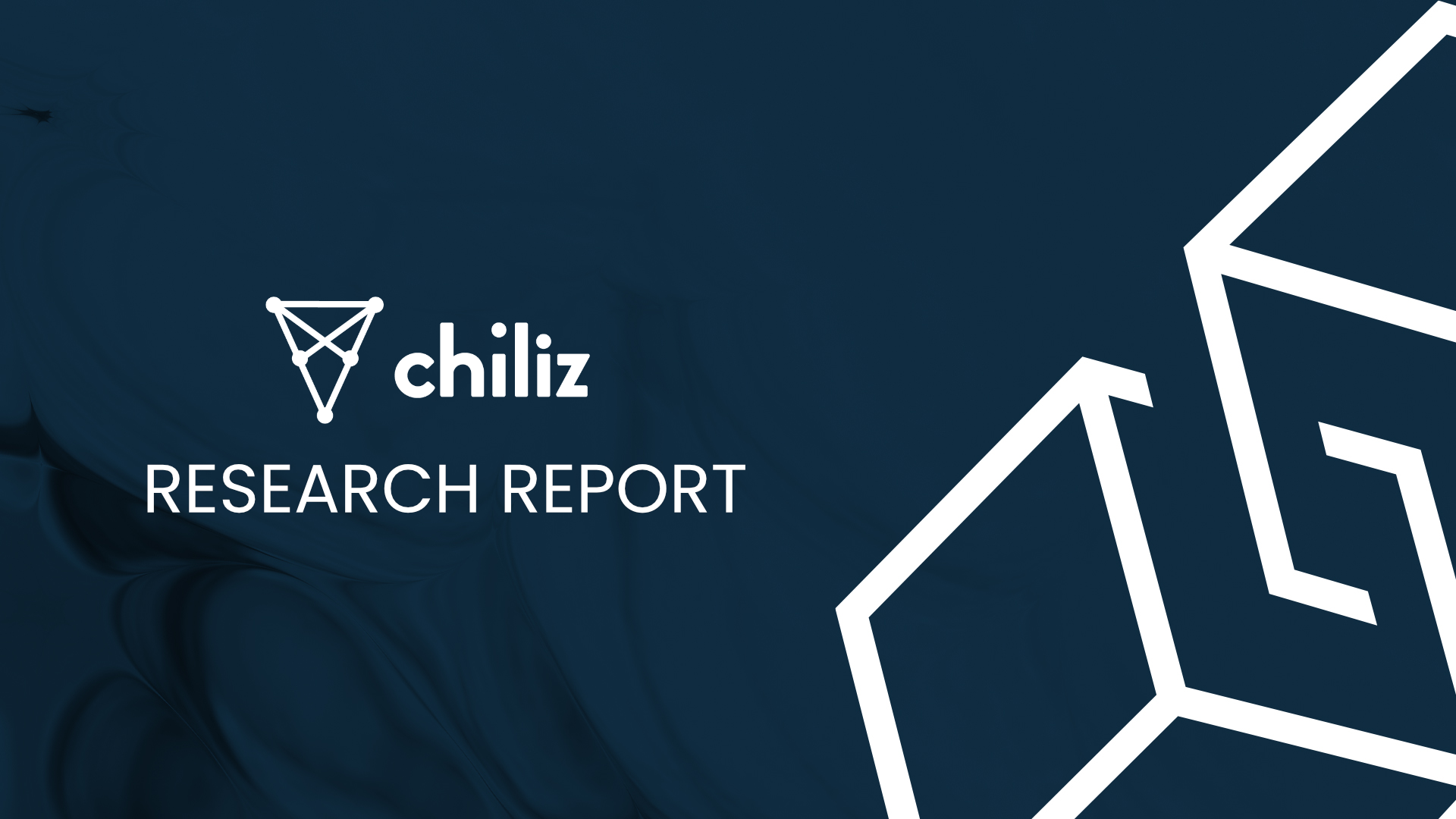 Chiliz is different from other platforms as it has a defined business strategy and a clear vision based on fan tokens. Although non-fungible tokens and cryptocurrencies can be used in multiple ways, Chiliz views virtual currencies as an enabling technology for its business, which is developing fan communities.

This focus of the project has really managed to attract a lot of potential investors from all around the globe and stabilize the volatility that is often seen in the crypto marketplace. Also, Chiliz is not a crypto-based organization but instead, it is a company that makes use of virtual currencies as an essential mainstream technology in order to achieve business goals that have absolutely nothing to do with the industry.

However, NFTs have really proved their value in the virtual gaming industry, where they allow their users to personalize their profiles, allow players to level up, as well as to achieve in-game goals, which are also broadly used in customer loyalty programs. Chiliz has managed to take a leading position in the industry by using technology in order to support fans and their teams. Socios can also be said as an innovative use of NFT technology. 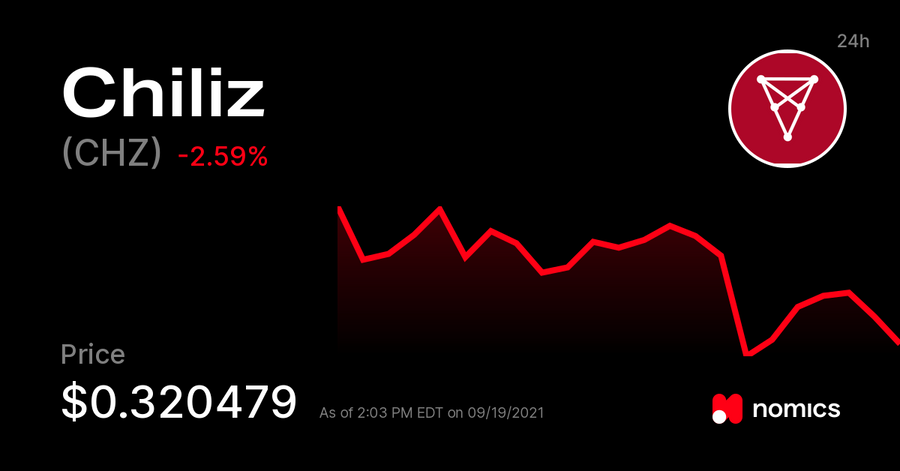 As of today, the price of Chiliz is about 0.325993 US dollars with a twenty-four-hour trading volume of nearly 136,723,043 dollars. In just the past twenty-four hours, the price of the currency has gone down by 1.86 percent and with a market cap of 1,922,586,707 US dollars, Chiliz is currently placed at 63rd position in the CoinMarketCap rankings.

Talking of investing In Chiliz, reading so far, you might have understood what Chiliz(CHZ) is all about and by now you will be able to decide on your own whether or not investing in Chiliz is the right thing for you to do. I believe that looking at what the platform offers and its plans for the near future, it can definitely prove to be a worthy long-term investment and can provide you with a good return over a period of time.

Apart from that, it is extremely important for you to understand the fact that just like any other currency in the crypto marketplace, Chiliz does have its own risks as well and you should invest only if you are willing to take those risks and bear any and all losses if at all necessary.

If you are wondering, where can you buy Chiliz? Let me help you with that. Currently, Chiliz is available on all major crypto exchanges but some of the popular exchanges that have CHZ listed on them include Huobi Global, Binance, Mandala Exchange, FTX as well as OKEx.

In conclusion, What are your thoughts on Chiliz? Do let us know in the comments below. To know more about various cryptocurrencies, do check out other articles we have on our website. Thank you for your time & if you found our content informative, do share it with your investor friends!