China to launch its First Space station module in April

China is going to launch its first space module station very soon. It is currently being assembled at the Wenchang for launch in April. And will be carried to space by the Long March 5B heavy-lift rocket. The rocket is about 849-metric tons and will carry the 22-metric ton Wenchang Satellite launch center to Space. The parts of the rocket were manufactured in different places and have all arrived at Qinglan Harbor on Feb 16th.

From past data, we can expect that the launch can happen in around 2 months. So, if the launch happens in April, we can expect it to end by June. The mission is going to carry a 16.6 meter long and 4.2 meters wide Tianhe core module, which has already been delivered to the launch site for preparations.  This core module is expected to be placed at the lower Earth orbit at around 370 Kms and will be inclined at 41 degrees. 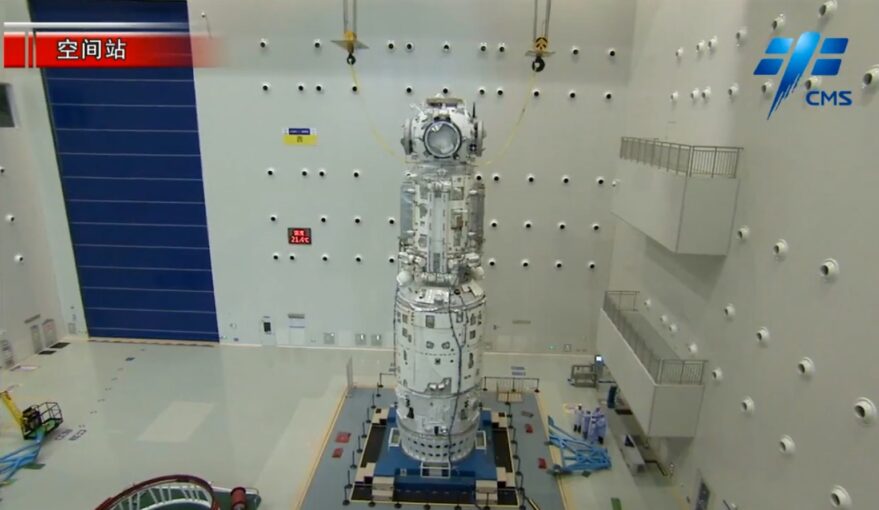 The module will also have space for 3 astronauts and will have the capability to maintain its orbit for the entire mission. This launch will mark the beginning of the series of launches that China plans to do in 2021 and 2022. They plan on sending different parts of their space station in each launch and build it out completely in 11 launches.

After the launch of the Tianhe core module, the Tianzhou-2 cargo vessel is also supposed to take off. It is going to dock with the previous module and bring in fuel and supply. This 2nd launch module is also almost ready for the launch. It will be followed by the Shenzhou-12 rocket from the Jiuqun using a Long March 2F hyperbolic rocket. This will be a crewed mission, for which training of the astronauts has already begun. 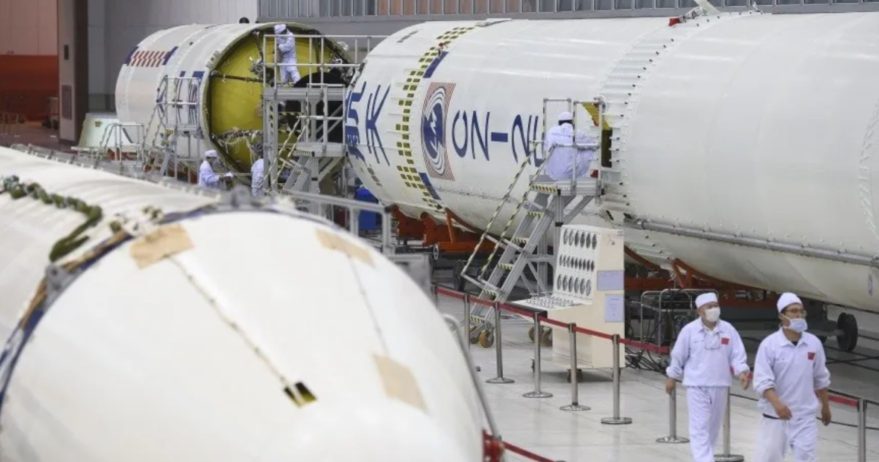 The Shenzhou-12 and Shenzhou-13 missions are also ready for more crewed missions. One of which we can expect to happen in the 1st half of 2021. This will be a huge step forward for China and will also significantly speed up their missions. China is targeting to build the entire space station by the end of 2022. And if they can achieve that, it will be quite an achievement. After the project is completed, it will be joined with Xunitian optical module. This will enable China in maintaining its First Space station module. The building of the space station will also be an important step towards Mars for China as the space station can act as an intermediary.

China is not very successful when it comes to space missions. The most recent test flight carried out by them in April 2020 wasn’t very successful. The launch was of the Long March 5B that was filled with a propellant to stimulate a payload. And as the rocket reached its orbital velocity it made an uncontrolled reentry in the West coast of Africa days later. And the launch of the Tianhe core module that’s going to happen now was delayed in 2017 after the failure of the Long March 5.

What are your thoughts on the same? Do let us know in the comments below. Also, if you found our content informative do like and share it with your friends.