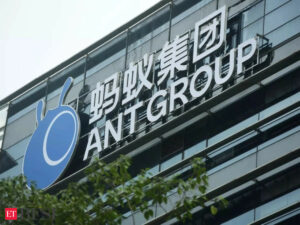 This week, sources confirmed that China’s central bank has accepted an application from Ant Group for setting up a financial holding company. The people familiar with the matter said that this would signify a crucial step in concluding a year-long revamp of the fintech business of Jack Ma, with the revival of its stock market debut.

The expected approval of the plan from the People’s Bank of China is the newest indication of Ant being ready to recover from a regulatory crackdown. The tech giant’s financial businesses essential stretches down from payments to that of wealth management. This month, the central bank accepted the application as investors hope for Chinese regulators to ease a crackdown on private enterprise that came up in late 2020. This happens as growth visibly slows down the second-largest economy of the world due to limitations imposed by the pandemic.

Though the tech giant has been working with financial regulators on an extensive revamp for a while now, PBOC agreement for application review indicates could get hold of its long-awaited license soon. In November 2020, Chinese authorities suddenly put Ant’s IPO on hold which was set to raise $36 billion in what looked like the world’s largest listing. Notably, this was following tech billionaire Jack Ma accusing financial watchdogs of stifling innovation in a speech of his.

Under this revamp, the authorities put Ant consumer lending to insurance products distributions as it cracked down on Ma’s business empire. Moreover, in 2020, PBOC stated how Ant was coming with a plan to establish a financial holding firm.

Reports this month stated how the Chinese central leadership had given the tech company a tentative approval for its IPO revival in Hong Kong and Shanghai. As it targets filing a preliminary prospectus for the share offering soon, Ant awaits the financial regulator’s final feedback on the firm’s set up. Additionally, the company has to secure the essential financial holding licensing, completing its restructuring to formally get the mega-listing back.

Along with the financial holding license, the personal credit-scoring joint venture of Ant has applied for a permit. Following the application acceptance last year, the central bank has almost concluded vetting the credit scoring license. The tech giant has agreed to set up the joint venture with partners that includes three firms owned by the state under a plan enabling state-backed investors to take a total of 48% stake.

Ant is set to own about 35% of this venture, with Transfar Group, the only non-state-backed shareholder, holding 7%, and Hangzhou getting the rest of the 10%.