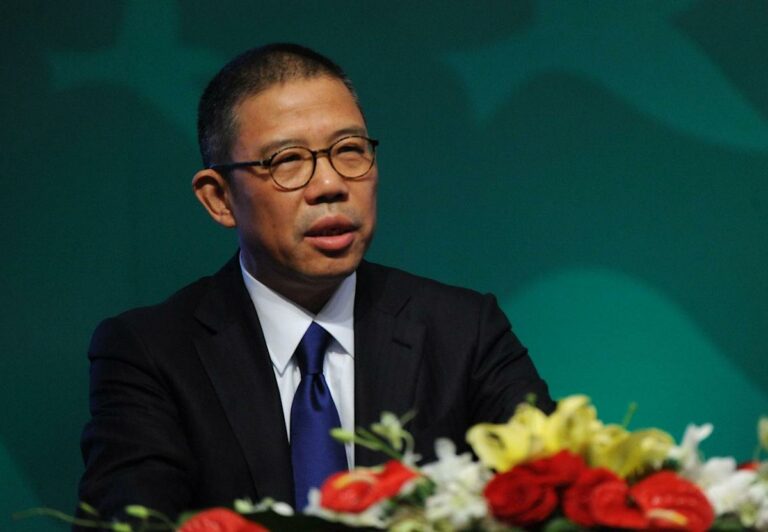 Shares of Zhong’s Nongfu Spring Co. fell 9.9 percent in Hong Kong trading, the most since the company went public 18 months ago, but he remains China’s wealthiest person, worth $60.3 billion. Tencent fell the most since 2011 following news that it faces a record fine for violating anti-money laundering regulations. Pony Ma, once the country’s wealthiest individual, has dropped to third place with a net worth of $35.2 billion.

The fall in Chinese stocks expedited Monday after US officials said Russia asked Beijing for assistance in the Ukraine conflict, raising fears of an outcry against Chinese companies, eventually leading to sanctions.

The Hang Seng China Enterprises Index, which tracks Hong Kong-traded stocks, fell the most since November 2008, while the Hang Sang Tech Index fell 11%, the most since its inception. On Tuesday, the rout persisted. With Monday’s drop, the 76 Chinese billionaires among the world’s 500 wealthiest people have lost $228 billion this year, accounting for one-fifth of their total fortune.

Tencent dropped 9.8 percent on Monday and further on Tuesday, reaching its lowest level since 2019. According to the Wall Street Journal, the People’s Bank of China discovered that its WeChat Pay service allowed the transfer of funds for illegal purposes, among other issues. While China’s industry crackdown has already devalued the country’s tech titans by billions of dollars, Tencent has largely avoided regulatory action.

Zhang Yiming of ByteDance Ltd., which is private and thus less vulnerable to current market volatility, is the nation’s second-richest person, worth $44.5 billion.

With a net worth of $34 billion, Jack Ma, who was China’s wealthiest before Pony Ma surpassed him, is now ranked fourth. His fortune surpassed $60 billion in late 2020, just two days before the government launched an anti-monopolistic campaign, halting the listing of his Ant Group Co. payments company.

Since then, China’s tech shares have struggled as a result of increased regulatory scrutiny and fears of delisting from the US. Didi Global Inc. shares fell a record 44 percent on Friday as the ride-hailing giant halted preparations for a Hong Kong initial public offering. Cheng Wei, the company’s founder, lost his billionaire status.