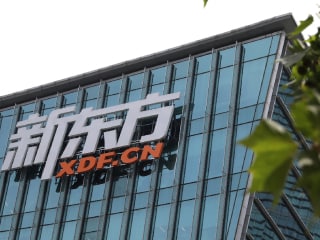 Yu Minhong, the company’s founder, released the numbers on his official WeChat account on Saturday, revealing how the July 2021 crackdown affected what was previously one of China’s largest private tutoring firms. The operating profit decline was not given a time frame in the WeChat post. According to its website, New Oriental employed 105,200 people, including 54,200 teachers, prior to the new laws.

New Oriental Education & Technology Group Inc. (better known as New Oriental) is a private educational services company in China. New Oriental’s headquarters are located in Beijing’s Haidian area. Based on the number of program offerings, overall student enrollments, and geographic presence, it is now China’s largest comprehensive private educational corporation. Preschool education, general courses for students of various ages, online education, abroad study consulting, and textbook production are all part of New Oriental’s business. In 2006, New Oriental became the first Chinese educational institution to list on the New York Stock Exchange in the United States. New Oriental offers 67 short-term language training schools, 20 book stores, 771 learning centers, and over 5,000 third-party bookstores in 56 Chinese cities as of 2016. Over 26.6 million students have enrolled in New Oriental, with over 1.3 million enrolling in the first quarter of 2017. The corporation has a market valuation of around $14 billion dollars. Since 2015, the corporation has made significant investments in online education.

The US Educational Testing Service released a public letter to US institutions in 2001, advising them to pay close attention to GRE scores from Chinese students. ETS implied in this letter that New Oriental had used their previous exam questions in teaching without permission.

New Oriental was sued by the Educational Tests Service (ETS) in January 2001 for illegally duplicating, distributing, and selling its testing questions for non-English-speaking pupils since 1997. During the first trial, the Beijing First Intermediate People’s Court issued a judgement on September 27, 2003, ordering the Chinese school to pay the ETS over 10 million yuan (about 1.2 million US dollars) in compensation for the infringement.

In an effort to relieve pressure on children and parents, Chinese authorities outlawed for-profit tutoring in areas on the school curriculum last year, resulting in a wave of school closures and layoffs across the private education sector.

New Oriental, whose stock has plummeted by 90% since the guidelines were issued, has been attempting to diversify its operations into non-regulatory areas such as dancing and drawing lessons, as well as teaching Chinese to foreigners in abroad markets.