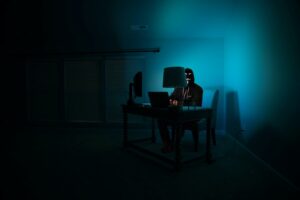 In a data base breach earlier this year in China, an anonymous hacker named ChinaDan went on to hack and steal records and data of 1 billion Chinese residents. The information regarding the names, phone numbers, email ids, addresses, birth place, identification numbers, criminal status, and other relevant info was hacked and stored. The size of the information that was unethically achieved by the hacker was of 23 Terabytes.

The anonymous hacker has posted an offer on Breached.to, a hacking forum for blackhat hackers, as a result of the break-in. These hackers target computer networks with the intention of causing harm or for their own financial gain.

ChinaDan has demanded at least 10 Bitcoins in return for the information. In today’s market situation, 10 bitcoins equal approximately $200,000 as the value of bitcoin is currently at $19,577. The demand is so massive because the information that the hacker managed to get into was actually in possession of the Shanghai National Police.

Doubts in the minds of netizens due to lack of information from the officials.

The size of the breach has caused a small outcry in the Chinese security industry. The legitimacy of the demand and the prior attack have come into question. The preexisting uncertainties have also grown due to Shanghai officials’ failure to publicly confirm or respond.

Binance, CEO Changpeng Zhao has remarked that, the hack took place. The CEO went on to state that the trading platform raised alarms to the intelligence department, as it spotted 1 resident records for sale on Dark Web.

Our threat intelligence detected 1 billion resident records for sell in the dark web, including name, address, national id, mobile, police and medical records from one asian country. Likely due to a bug in an Elastic Search deployment by a gov agency. This has impact on …

The relationship between the breach and crypto users.

The records of database breach were from “one Asian country,” according to CZ, and were likely the result of an error in the deployment of elastic search by a government agency. The compromise might affect the crypto industry, according to Kenny Li, co-founder of Manta Network, a web3-based privacy protocol. The hackers were able to obtain keys and gain unauthorized access to accounts on Crypto Exchanges by using user data and phishing scams.

CZ also went on to claim that, the leaked information will make it more difficult for the regulatory agencies to find out the real culprit. To counter such instances, he claimed that Binance has already heightened the verification process for likely victims and encourages other platforms to do the same.