The story of Chipotle and Cryptocurrency!

Chipotle Mexican Grill, also known as Chipotle is an American chain of fast causal restaurants, spread across United States, United Kingdom, Canada. The restaurant specializes in making tacos and burritos. The chain has been vocal about cryptocurrencies for a long time. The chain has always shown its support for cryptocurrency and has also done a give away priorly called the “Burritos or Bitcoin” 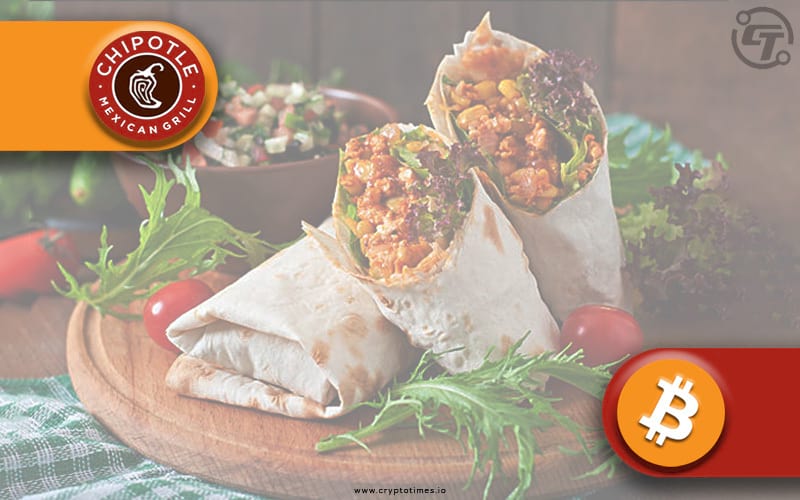 Burritos or Bitcoin was a game launched by Chipotle in March 2021. The game gave the players either to win burritos worth $100,000 or win bitcoins worth $100,000. The game had got a lot of attraction and did became internet sensation.

Chipotle has always made long strides in favor of cryptocurrency market. Burritos or Bitcoin was one among them. According to the recent reports, it is known that Chipotle has come up with yet another cryptocurrency giveaway, but this time revolving around National Avocado Day.

“Buy the Dip” is game which will give the players an opportunity to either earn Dip worth $2 million or earn cryptocurrency worth $200,000. The kinds of dip that the restaurant is offering in the giveaway are guacamole and queso Blanco dip.

The “Buy the Dip” online game is available until July 31st , which is National Avocado Day. 516 gamers will receive rewards in cryptocurrencies, while the participants will be receiving vouchers from the restaurant chain.

According to the reports the prize is to be awarded in cryptocurrencies such as Bitcoin, Ethereum, Solana and many more. Crypto exchange Coinbase’s accounts of the winners will be used by Chipotle to send the cryptocurrencies.

Chipotle truly believes in cryptocurrency and its action speak volumes about its trust in cryptocurrency market. According to the reports, the restaurant also made the statement that, Chipotle wants to build its next set of fans on Web3 technology

According to me, the marketing strategy pulled by the restaurant chain is rather a smart one, as the market seems to be recovering slowly. Now is the time for crypto community to expand and build a strong base and Chipotle is surely making its contribution. The “Buy the Dip” contest is also tipped of to explode the internet in the coming weeks, and people also hope that this move by Chipotle helps the market recover faster.