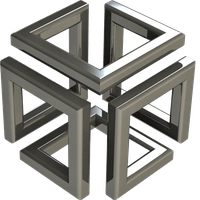 We have been around virtual currencies for quite some time now and over the past couple of years, we have been able to witness a rapid surge in the growth and popularity of the crypto industry. Recently, the industry has managed to lure in potential investors from all across the globe and has marked its presence on an international level.

Having said that, I certainly believe, most of you are already familiar with the basics of the industry but if for some reason, that is not the case, I feel that it is best if we talk about that first, for you to have more clarity on what we have with us next.

Crypto as mentioned is nothing but a form of virtual currency and is a platform that is known to use blockchain technology and is decentralized to its very core. Speaking of blockchain technology, you should be aware of the fact that, blockchain is a commonly known technology, especially in the crypto world, and is used for the purposes of recording and verifying transactions that happen over the network.

On the other hand, being decentralized, the platform is known to be more than capable of stepping outside the overall control and jurisdiction of central authorities and can work freely without any unnecessary government interferences.

As mentioned, crypto is one such industry that has been able to catch the eye of many potential investors including some with celebrity statuses as well like Elon Musk, the CEO of Tesla for instance. Also, it is worth noting that, the rate at which the crypto world has been progressing was never really anticipated and as a matter of fact, some of the major reasons for this huge success of the industry include its portability, convince it offers, high-profit margins, decentralized approach, volatility as well as its intuitive nature of course. 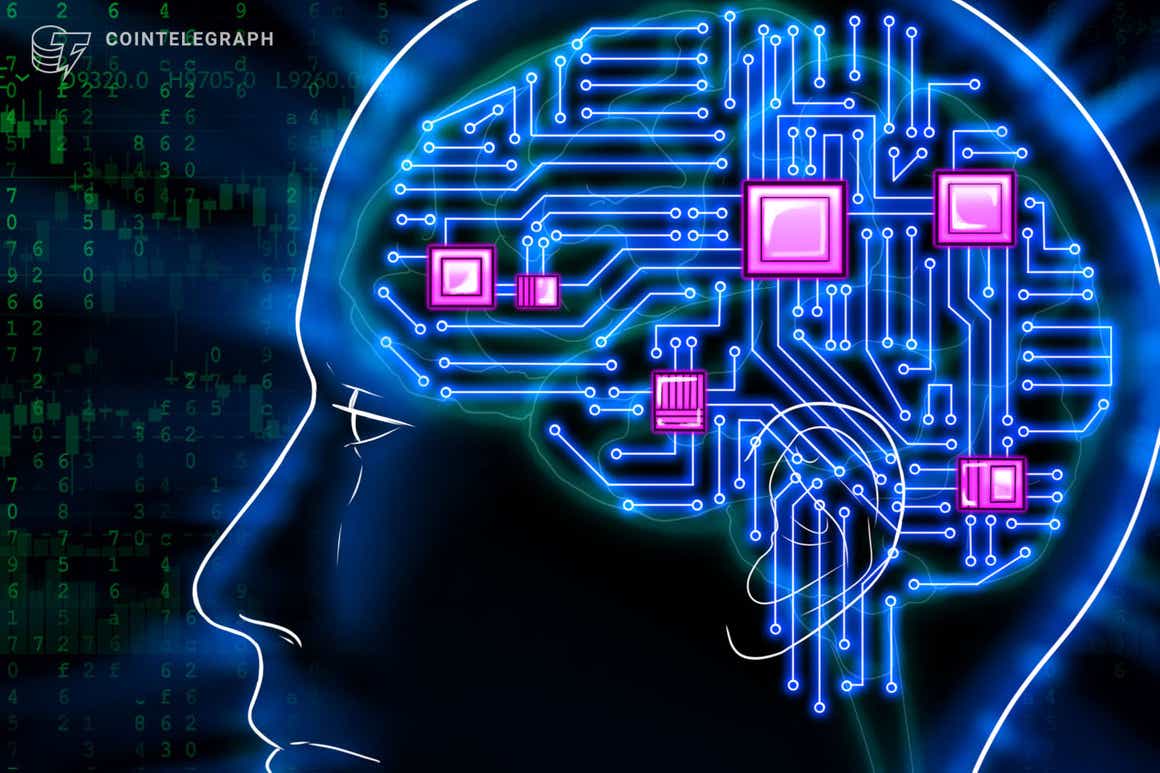 Speaking of being volatile, you should probably be aware of the fact that, crypto is a highly uncertain marketplace and the fluctuations in the prices of currencies are almost immediate, thus making it rather more difficult for you to predict the future trends with respect to a particular currency.

For some of you who have been following crypto from its initial phase, you might agree with me on the fact that, when the industry was first introduced, there were not many investors lining up to be a part of it and frankly, not many currencies were available back then either for you to put your money In. Naturally so because back then, people didn’t really have the confidence and the sense of security in respect to their investments.

Talking about a lot of currencies available today in the marketplace, some of the most popular currencies for you to invest in right now include Bitcoin, Ethereum, Binance Coin, Dogecoin, Cardano as well as EverGrow Coin to name just a few of course.

Now that you have a brief backstory about the crypto world, you will be able to have a much better understanding of what we have with us today, Circuits of Value. To know more, I suggest you read further!

Everything to know about Circuits of Value (COVAL)

Circuits of Value of as commonly referred to as COVAL is nothing but a well-known cryptocurrency that is known to use multiple algorithms as well as a Proof of Work consensus mechanism for mining new coins, similar to the mining of one of the most popular cryptocurrencies to date, Bitcoin.

In addition to this, founded in November 2014, the Circuits of Value token or COVAL is an Ethereum token that is said to power Emblem. Now for those of you wondering what that is? Allow me a chance to explain. Emblem is a platform that allows its users to create custom combinations of ETH, ERC-20, as well as non-fungible tokens (NFTs) into a single, tradable token, referred to as Vault.

Before moving on further, you should be aware of the fact that COVAL is the native utility token of the platform and can be used for a variety of purposes on the platform itself including being used for the creation of vaults that we talked about earlier as well as can also be issued as a reward to liquidity providers.

Other than this, COVAL is said to be the newest lucky token to get listed on the second-largest cryptocurrency exchange in the world, Coinbase. As a matter of fact, Coinbase is one such platform that is able to have the attention of every investor on an international level, who is interested to deal with cryptocurrencies.

As a result, the token has been able to witness a massive surge in its prices and investors have been getting more and more curious as to where does this currency goes from here. Also, as mentioned, Circuits of Value is said to be the underlying token of the Emblem Vault, which is said to be the first composite token for the blockchain. Furthermore, with the help of the Emblem Vault, users will be able to package several assets into a single blockchain transaction.

In simpler words, one can easily create a vault of multiple different tokens, which then can be traded as one asset with the help of the blockchain. Not just that, with the help of these vaults, networks will be able to reduce the overall scalability issues. Also, it is worth noting that, as mentioned earlier, COVAL is the underlying token of the said platform but that’s not all. Alongside COVAL there is a free token known as FUEL. Speaking of FUEL, this is what actually propels the transactions and it is vital for you to know that Circuits of Value is a token that is distributed as a reward for the utilization of Emblem Vaults as well as staking.

Having said that, basically, COVAL is a platform that has been developed with the primary focus of moving value using several off-chain methods. In other words, native cryptocurrency tokens and assets from both private and public blockchains are known to enter the COVAL network of distributed ledgers or COVAL sidechains, where they can be securely and flexibly transacted through trustless models. Also, transactions on the platform consist of both wallets as well as individual tokens, which are represented by sidechain assets commonly referred to as Emblems.

Now that we have talked much about Circuits of Value, some of you must be wondering, whether or not it is a good idea to invest in the platform? If that’s the case, then let’s find out, shall we?

Investing in Circuits of Value (COVAL) 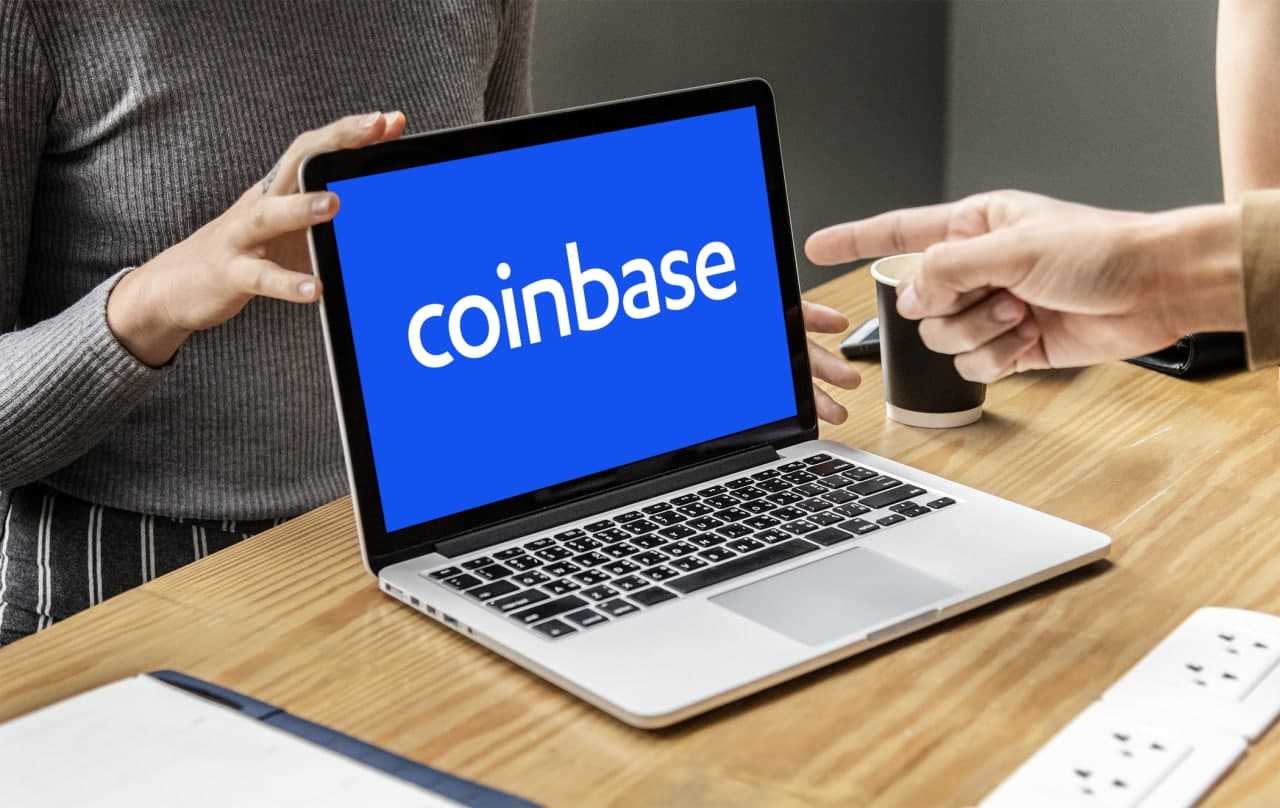 As of today, the price of Circuits of Value is about 0.070667 US dollars with a twenty-four-hour trading volume of 13,582,390 dollars. Not just that, in just the past twenty-four hours, the value of Circuits of Value has gone up by 277.05 percent, and with the current market cap of 70,666,969 US dollars, COVAL is currently placed at #538 position as per the CoinMarketCap rankings.

Also, it is worth mentioning that, the current circulating supply of Circuits of Value is 1,000,000,000 COVAL coins but unfortunately the maximum lifetime supply of the currency is not yet available. In just the past week alone, the price of the platform has gone uphill by 137.55 percent.

Reading so far, you must have gotten a fair understanding of the platform and by now, you should be able to figure out on your own whether or not investing in Circuits of Value is the right thing for you to do. Seeing what it has to offer when combined with its performance in the recent past as well as its plans for the near future, I certainly believe that Circuits of Value can prove to be a profitable investment in the near future, which is likely to provide you with higher returns and it is a possibility that your current investment may increase in value. But again, nothing can be said for sure!

If still not convinced, see it this way that, if say you buy Circuits of Value worth a hundred dollars today, you will receive nearly 1416.826 COVAL. According to the analysis done by experts on the field, after five years of your investment, the return is expected to be about +18.31 percent and thus, your current hundred dollar investment will be nearly 118.31 US dollars in 2026. 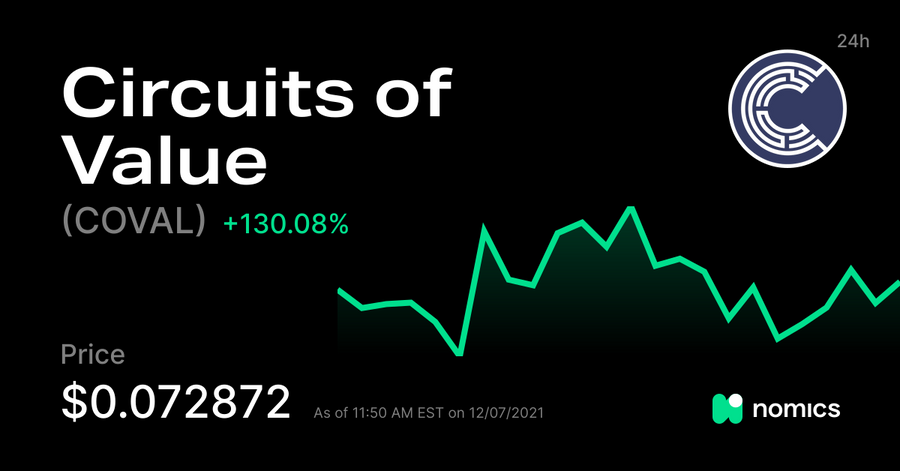 As mentioned at the very beginning, crypto is a highly volatile marketplace and is extremely uncertain. Thus, It is very important for you to understand the fact that just like any other currency in the crypto marketplace, Circuits of Value does have its own risks as well and you should invest only if you are willing to take those risks and bear any and all losses if at all necessary.

If you are wondering, where can you buy Circuits of Value? Let me help you with that. Currently, Circuits of Value is available on all major crypto exchanges but, some of the popular exchanges that have COVAL listed on them include Uniswap (V3), Coinbase Exchange, QuickSwap, Resfinex as well as Hoo to name a few.

In conclusion, what are your thoughts on Circuits of Value? Do let us know in the comments below. To know more about various cryptocurrencies, do check out other articles we have on our website. Thank you for your time & if you found our content informative, do share it with your investor friends!

Also read: mStable: Everything you need to know