As corporations like Tesla and PayPal warm up to it and central banks consider releasing their digital currencies, Citi believes bitcoin might become the currency of choice for international trade. The global views and solutions team of the US bank asserted that “a slew of dangers and impediments stand in the path of Bitcoin progress. 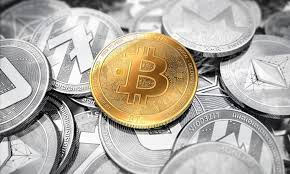 “Bitcoin’s future is thus uncertain, but near-term developments are likely to be important as the currency balances at the tipping point of popular adoption or speculative implosion.”

It’s a shift in tone for big banking organizations when it comes to bitcoin. Many institutions have long avoided digital assets, claiming that they have no inherent worth and that the hoopla around them is analogous to the 17th-century tulip bubble.

However, bitcoin’s meteoric rise over the previous few months has prompted major Wall Street players to reconsider their positions on the cryptocurrency. BNY Mellon, the country’s oldest bank, announced last month that it will provide bitcoin and other digital currency custody services. Meanwhile, JPMorgan has stated that it is taking bitcoin very seriously.

Bitcoin and other cryptocurrencies are prone to dramatic swings in price. Bitcoin’s price has dropped more than $10,000 in less than a week after reaching an all-time high of more than $58,000. Bitcoin’s recent bull run, according to crypto investors, is unlike prior cycles — such as in 2017, when it climbed to nearly $20,000 before plunging 80% the following year — because it has been fueled by more institutional participation.

Bitcoin gained appeal among mainstream investors as a form of “digital gold” that can operate as a hedge against increasing inflation after it was launched as a digital payments system to bypass banks and other financial middlemen.
According to Citi, bitcoin would have to overcome some obstacles before becoming popular.

“The influx of institutional investors has boosted bitcoin confidence, but there are still challenges that might stymie widespread adoption,” Citi warned. “These include worries about capital efficiency, insurance and custody, security, and ESG implications from Bitcoin mining for institutional investors,” the bank noted. “While there are security concerns with cryptocurrencies, it outperforms regular payment methods.”

Bitcoin mining, the process of releasing new coins into circulation, necessitates a significant amount of computing power. To verify transactions, so-called miners compete with purpose-built computers to solve challenging arithmetic riddles. Bitcoin’s network, according to Digiconomist, has a carbon footprint comparable to that of New Zealand. Environmentalists are disturbed by this.