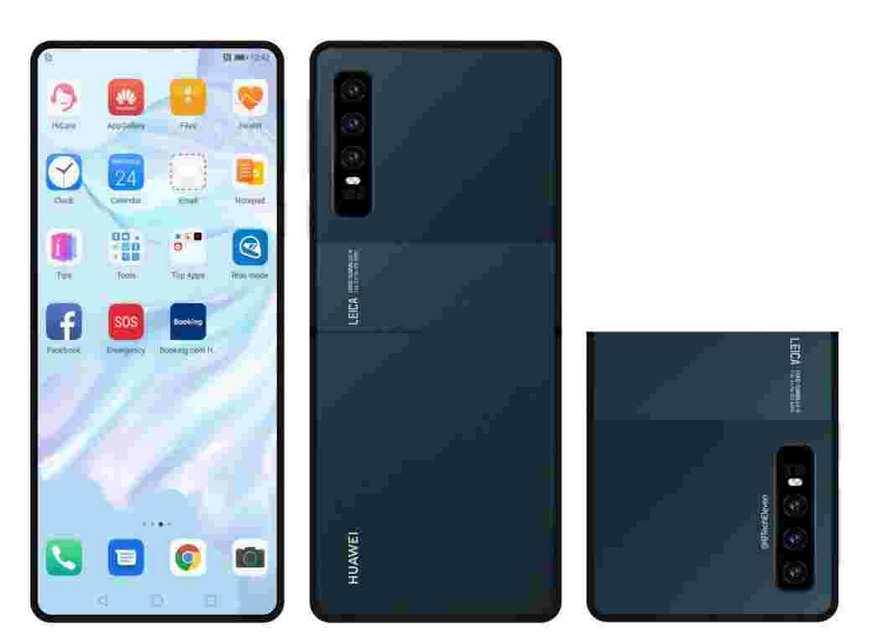 Foldable phones are popular, especially after Samsung introduced the Galaxy Z Fold 3 and Z Flip 3. Huawei is now preparing to enter the foldable phone market with a new flip phone. Huawei has so far launched three foldable phones, all of which are horizontal folds. Huawei may now release a vertical flip phone.

Huawei is one of the few smartphone manufacturers that have entered the foldable phone industry. The Huawei Mate X was the company’s first smartphone, and it has since been followed by two versions. According to Digital Chat Station, the firm is redesigning its foldable design to include a new flip phone.

According to the source, the popular Chinese business is working on a clamshell folding smartphone. And, like the Samsung Galaxy Z series, Huawei will launch the next flip phone in the premium market. That isn’t everything. The next Huawei flip phone will be aimed towards female consumers, who appear to favor this design over foldable phones.

Aside from that, there is no further information available about the supposed Huawei flip phone. To promote sales, Huawei may introduce the new foldable clamshell phone by the end of this year or early next year. However, these are just wild guesses that should be taken with a grain of salt.

Aside from Huawei, the only other Chinese manufacturer that has entered into the market is Lenovo-owned Motorola. Motorola also launched a flip phone, the Moto Razr, which was available in a variety of markets.

If Huawei is to compete with Samsung and Motorola, it must also release its flip phone in the worldwide market. With the ongoing trade war between the United States and China, it will be interesting to watch how well the Huawei flip phone performs in the market.