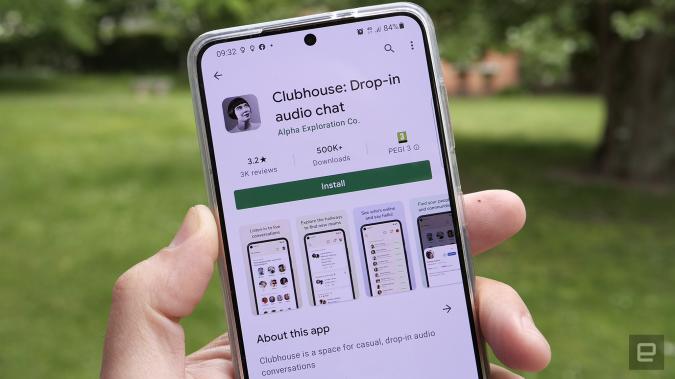 The all new invite-only social media audio app- Clubhouse is finally available for download across all the Android devices in India and also across the entire world. Just recently, a couple of weeks ago, the Android version for the app was launched for testing in the US, which intended to boost its potential growth in the market.

Earlier, the app was only exclusive for iOS from the time it was released in March, 2020. The audio-only social media gained a huge amount of popularity very quickly after being used by people like Elon Musk, CEO of Tesla and SpaceX and also the Founder and CEO of Facebook.

The Clubhouse app is finally available for download through Google Play Store all around the world and is compatible with all types of devices that have Android 8.0 or later updates.

Dear everyone, everywhere: @Android is officially live across the globe!

The Android version of the app is available now, however, the registration and sign-up of the app is still based on the waitlist and the invite-only system. This simply means that the users who wish to sign up will have to have an invite from an existing user to sign up.

The founders of Clubhouse, wrote in their blog that this invite-only model is designed and developed to measure the growth of the app. Nevertheless, the company has big plans to bring millions of more users in from the waitlist of iOS. It also wishes to expand the language support and add more and more accessibility features to the application over the course of time.

The audio only social media gained attention of a huge crowd after top celebrities like Elon Musk hosted audio conversations on the platform in the earlier times of the month.

The app reached a milestone of 9.2 million downloads in the month of February last year. However this number fell down up till 72% to 2.7 million just the next month in March, reported a mobile analytics firm called Sensor Tower. The number of downloads further dropped to 900,000 the next month in April.

However, the growth in the graph of the app was seen spiking up in the early 2021 when it attracted companies like Facebook, Twitter and Discord. These social media giants were brought in to bring in more competitors. The sudden wave of popularity of this app has also boosted the Indian substitute of it- Lehar to gain some momentum.

As of now the only way to access the app is to sign-in and be in the waitlist or ask an already existing user for an invite.