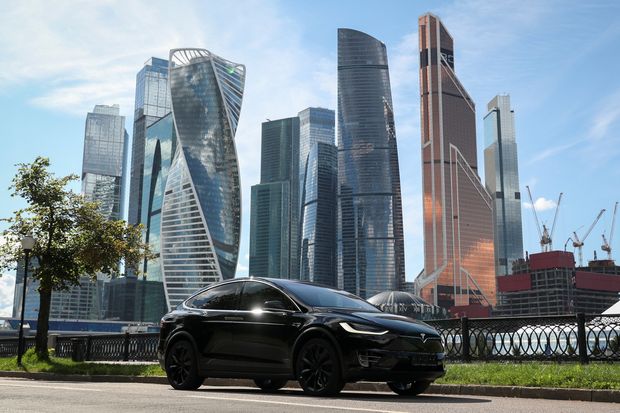 Tesla Wouldn’t Have Any Competition in Russia Elon Musk and Russia plan to talk about production plans, as Russia sets intensive goals to have more EVs.

On Friday Elon Musk was talking at the “New Knowledge” education forum link in Russia. Caught everyone’s attention when he specified that Tesla was close enough to set up a manufacturing plant in Russia, but ended up with China and Berlin manufacturing plants.

As soon as the Russian Government received the information, they have shown an unexpected interest. While most of their attitude is such that, they type in Russian, Elon Musk received a welcome meet in English through a tweet.

Dear @Elonmusk, we were delighted to learn that you are considering building a factory in Russia. By the way, we have a number of state support measures for local OEMs. Come to see us, we’ll talk about it 🙂
Best regards,
Ministry of industry and trade of the Russian Federation pic.twitter.com/hrVtmLhGAa

Russian goals towards zero-emission are impressive. As mentioned by UN Climate News Change, Russia’s largest island, Sakhalin is expected to have zero-carbon emissions by 2025. While most countries have 2030 goals, Russia seems to be getting far ahead.

Russia has been showing real results like sea ice coverage is seen to be decreasing. However, the country has been slower with electric car sales. Last year 5,960 units were sold. In March, Russia’s prime minister Denis Manturov announced that they plan to launch electric vehicle production this year. Currently, the electric vehicle fleet is under 10,000 and needs more push from the government if they plan to achieve zero emissions.

Elon Musk’s tweets from 2018 show that he was impressed with Russian technology related to space rockets. As recently as April 2020, he pointed out that Russian engineering is very talented.

Strange, as SpaceX lands on land frequently. Russia has very talented engineers, but they must be given reusability as goal or success is impossible.

However, it came as a surprise that Tesla considered a production plant in Russia. So far, any such information isn’t known. Interestingly enough, Russia doesn’t have any current strong projects on electric vehicles in the country. A local car maker Zetta planned to make electric cars this year, however, it is a small company and hasn’t shown any aggressive production goals.

As Tesla is getting ahead with its Giga Berlin, this opportunity sounds more plausible to happen.

While talking about EV production, the ministry of industry and trade said, “The project (Russia’s Zetta) deserves attention, but given that the presented model is experimental, it needs to be completed.”

As stated by a representative from Zetta, “We expect that they will start (production) before the end of the year, but it depends on how the development work is completed,”

Also, Russia has canceled the import tax for electric cars last year. With such support, Russia could have EV showrooms prior to manufacturing plants. And eventually, lead to manufacturing plants. With last year’s sales, Russia seems to acknowledge the downsides like lack of infrastructure. As said by the head of Russia’s association of development of electric, “The tax break isn’t enough”.