Coca-Cola Co’s finance head said on Wednesday that the removal of two bottles of the beverage giant’s soda put in front of Portugal soccer player Cristiano Ronaldo at a Euro 2020 news conference in June had had no direct sales impact.

Ronaldo, a health enthusiast who avoids fizzy beverages, mocked the brand by holding a bottle of water and shouting “agua,” which is Portuguese and Spanish for “water.” His conduct drove the internet into a frenzy and caused the company’s market valuation to plummet by billions of dollars. 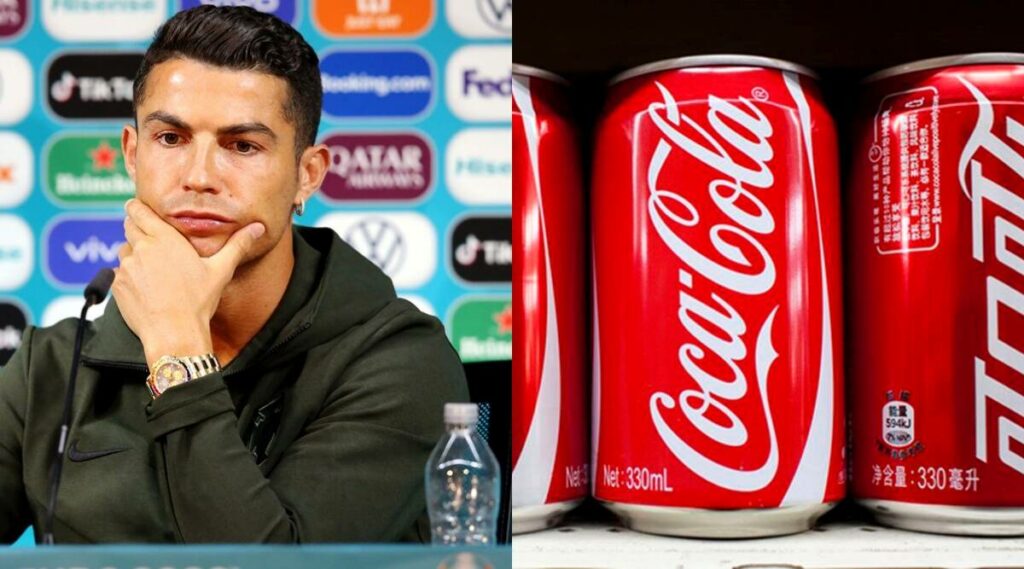 Murphy, for one, does not feel that the five-time Ballon d’Or winner’s conduct has had a “global” impact on the brand.

In an interview, Coca-Cola Chief Financial Officer John Murphy stated that it’s important to have the long view on these alliances because there will always be events that don’t go your way, and we just deal with them and manage them accordingly.

Murphy emphasised that Coca-Cola’s commitment to these big events has not been harmed.

Coca-Cola was one of Euro 2020’s official sponsors.

Coca-Cola increased its year-over-year marketing investment in Q2 2021 in an attempt to emerge from the pandemic stronger than before, with positive outcomes. Not only did the firm recover from last year’s pandemic-plagued quarter, but revenues and profitability also exceeded those of Q2 2019. The focus on marketing innovation, efficacy, and efficiency, according to executives, has contributed to this rise.

Following the reopening of theatres, restaurants, and stadiums, the soda producer boosted its full-year sales and profit estimates on Wednesday, indicating that demand for its products had recovered from pandemic lows.

Coca-Cola has done successfully in direct-to-consumer (DTC) e-commerce as well. Coca-Cola claims to be the e-commerce retail leader in the non-alcoholic ready-to-drink category, with retail value up 54 percent year-to-date, according to its most recent financial report. It is also growing in Europe, and its usage of the DTC Coke On app in Japan has increased consumer awareness. During the pandemic, DTC e-commerce increased and is anticipated to remain a focus, particularly for CPG businesses.

Coke’s organic sales increased 37 percent in the quarter ended July 2, excluding the impact of currency and acquisitions, according to a statement released Wednesday by the Atlanta-based business. According to Bloomberg’s compilation of estimates, analysts were anticipating the rise of 29.3 percent. The company’s earnings of 68 cents per share are above analysts’ expectations of 56 cents.

Consumers who were cooped up at home at the same period last year are returning to reopened restaurants, amusement parks, and stadiums — all of the on-premise public places where the company’s soft drinks are served.