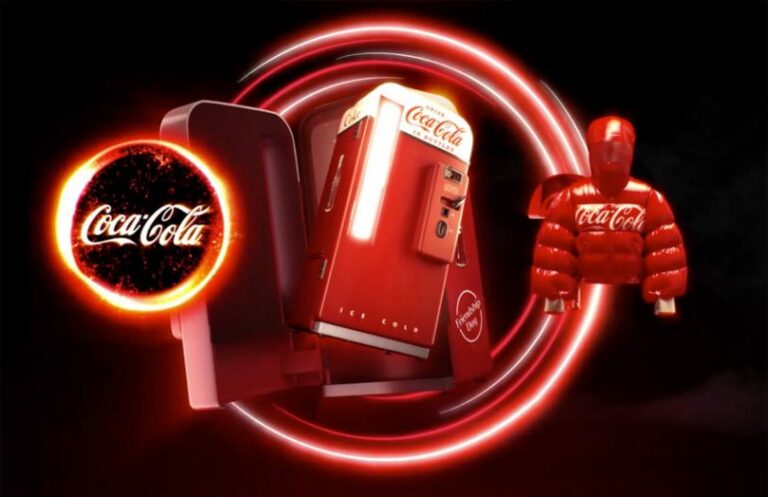 NFTs are getting pretty popular, and now even Coca-Cola has decided to put a foot in the arena. Even though for charity, Coca-Cola has stolen the limelight as it releases its first NFT. The company’s leadership Selman Careaga said that the NFT would celebrate “elements that are core to the Coca-Cola brand”. They are one such company that has preserved and uplifted their brand identity very strongly. So, the charity they will do with the NFT sales will also add to their brand image.

In a few days, the company will hold an auction to their own NFTs in the OpenSea marketplace. To be precise, the starting date of the auction is 30th July and will last till 2nd August for a total of 3 days. Coca-Cola has partnered up with Tafi in order to create these NFTs, and they are inspired by Video-game loot. There are also hidden surprises for the buyers of the NFTs.

One of their NFTs is a friendship box that will have a coke cooler, a jacket and a friendship card. All this can be used in VR through the ETH based Decentraland. It will also have a sound visualizer suggests reports. The company also cleared that the NFT sales are not for their own profits. The entire proceeds from the sale will be donated to the Special Olympics International. This organization helps in fighting against discrimination against intellectually weak people.

Coca-Cola knows how to ride the tide

With the kind of popularity every single NFT has gathered on the internet, Coca-Cola’s NFT has been a great way of marketing for them. They are doing good by donating to the charity and are also getting a lot of free headlines due to the same. This is the reason they are often treated as one of those brands that are king at marketing. If the sale goes well, Coca-Cola will surely release more NFTs in the future but maybe for their profits at that time.

How much do you think will be the highest bid as Coca-Cola releases its first NFT? And do you think this is going to be the starting of their NFT lineup or is it a one-time thing? Let us know in the comments below. Also, if you found our content informative do like and share it with your friends.

Also Read: XRP and SBI partners up to provide liquidity in Japan