Cryptocurrency exchanges have to comply with local regulations.

Cryptocurrency exchanges functioning across the globe have many rules and regulation set up by their own country to regulate the business and make sure that the business is run in an ethical with an efficient way. Similarly, as these crypto exchanges have to comply by the country’s regulations, the crypto exchanges having its functions in multiple countries have also to comply by the regulations set up by the local government of the country.

Owning to a regulatory law, Coinbase announces KYC for the customers of Netherlands.

The cryptocurrency exchange recently announced that it plans to introduce a number of changes for the customers in Netherlands owing to the regulations and guidelines set up by 1977 Sanctions Act, a law which recently applied know-your-customer guidelines to non-custodial wallets. Under KYC, the full residential address of the recipient, the name of the wallet owner, and the purpose of the transfer must all be provided by a person residing in the Netherlands in order to send cryptocurrency to a third-party wallet via Coinbase.

Complexity for Dutch Customers of Coinbase.

As Coinbase applies the KYC rule, the Dutch customers might have a hard time sending funds to people with a third party or non-custodial wallet. The KYC rule is coming into existence from 27th June, where Coinbase will require a set of details from its customers, if they intend on sending funds off the crypto wallet.

Coinbase acknowledged the fact that, the rules are being applied to comply with the rules and guidelines set by the country’s local bodies. The 1977 Sanctions Act, Money Laundering and Terrorist Financing Prevention Act come into force that ask the Virtual Asset Service Providers to provide KYC data on non-custodial and third-party wallet outgoing transactions. The local bodies which look through the guidelines mentioned above are Dutch Authority for Financial Market and Netherlands Central bank.

Bitcoin Developer’s views on the regulation. 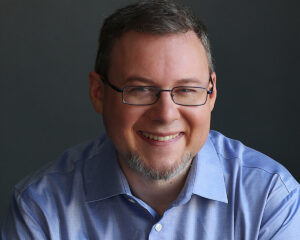