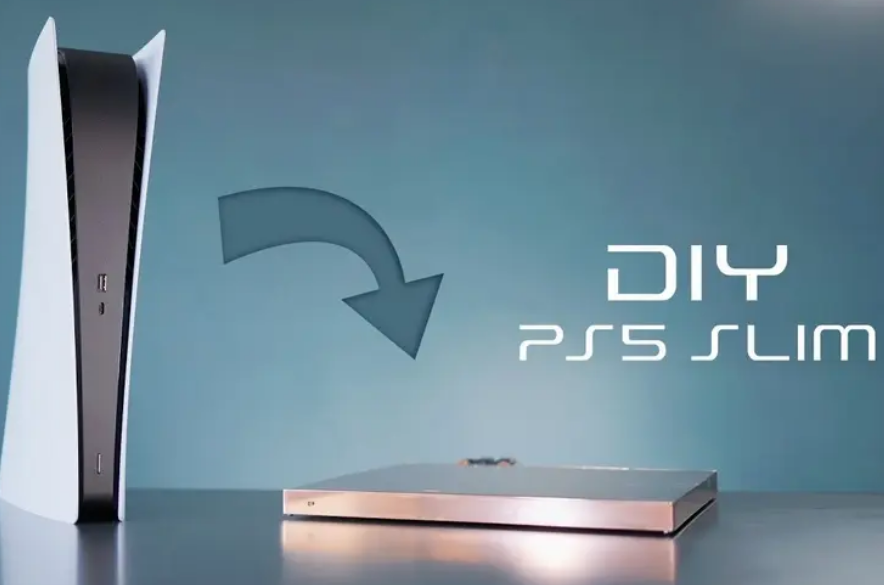 As console enthusiasts are aware, Sony usually introduces smaller models of their flagship systems a few years after the original console’s debut. Based on past experience, we should expect the same approach for Sony’s PlayStation 5 when it launches in September 2020.

The issue here is that we will most likely have to wait a bit before it hits shop shelves. While the general public awaits Sony’s announcement of the PlayStation 5 Slim, a YouTuber has already modded a PS5 to create a thinner version.

Matthew Perks, best known for his YouTube channel DIY Perks, has released a 30-minute video showcasing what seems to be the world’s first PlayStation 5 Slim. Perks was able to reduce the size of the console from over four inches to less than an inch because of this endeavor.

According to Perks, the PlayStation 5 slim was built by encasing the core PS5 components in a copper frame and connecting an external cooling solution to the main board right alongside the power supply. While some may argue that the cooling system increases bulk externally and defeats the point of having a small PS5, this is an intriguing proof of concept.

While the custom-made water cooling system used copper sheets at first, it finally resulted in temperature gains over the PS5. Temperatures in RAM and VRM improved as well. The video follows you through all of the procedures required in the PS5 Slim mod, including the hazards and early bottlenecks. You can view the full procedure or recreate the steps to make your own PS5 Slim by watching the video below.

So, if Sony follows suit with an external power supply and cooling solution with somewhat higher thermal gains for the PlayStation 5 Slim.

The PlayStation 5 is available for $499. That is the cost of the regular PS 5. The digital edition is somewhat less expensive at $399. Obviously, at that price, the PlayStation 5 will not be able to compete with the $299 Xbox Series S.

However, keep in mind that the Xbox Series S is not a flagship next-generation system. It will be significantly less powerful than the Xbox Series X. The PlayStation 5 Digital Edition, on the other hand, has all of the capabilities of the PlayStation 5 but does not include a disc reader. Based on that, we believe it makes it reasonable for the console to be more expensive than the Series S.