Coinbase CEO and founder Brian Armstrong revealed in an interview with TechCrunch Editor-in-Chief Matthew Panzarino at TechCrunch Disrupt 2021 on Tuesday that the company is preparing a draught regulatory framework for consideration by federal lawmakers, which it plans to distribute. 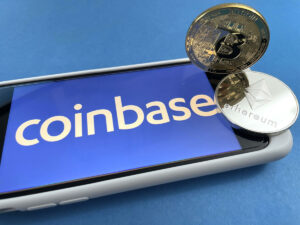 Coinbase  to present a crypto framework to US officials

In the interview, Armstrong stated, “Coinbase wants to be an advisor and a helpful advocate for how the United States can create that sensible regulation.” “In fact, we’re putting out a proposal that is our proposed regulatory framework at the end of this month, or maybe early next month.”

When developing new rules, regulators frequently seek input from the sector, especially in fields where the rate of technological developments means that market growth has far outpaced the formulation of new, and revision of current, regulations. Armstrong stated that he had been asked for such a suggestion several times.

“When I travel to DC, I meet with a lot of folks in government, and they usually ask us, ‘Do you have a draught, do you have a suggestion of something we could attempt to pitch around about how this could be controlled federally?’” he explained.

Armstrong has stated that he would prefer an overall federal structure that would relieve him of the strain of dealing with state-by-state regulations and agencies. But he also seemed to recognize that whatever plan they bring up will undoubtedly be only one piece of a broader puzzle, one that will require input from other crypto-related industry bodies as well as direction from existing regulatory frameworks.

“We have a proposition that we want to put out there,” he said, “that could help create at least one concept about how to move forward.” “However, this will necessitate a lot of input from a lot of individuals, as well as that willingness [on the part of legislators] to interact with private enterprise and learn about the opportunities here.”

Coinbase recently had a run-in with the Securities and Exchange Commission (SEC) after hyping the debut of a ‘Lend’ product that would allow customers to stake their crypto holdings in exchange for an annual interest return.

The SEC threatened to sue over the product because it indicated that it would be treated as a security and regulated as such, and Coinbase quietly canceled its plans to launch the product for the time being shortly after the SEC’s threat was made public, expressing its lack of understanding about the potential regulatory backlash.