Coinbase will add over $500 million to its crypto holdings

In an announcement made on its website, Coinbase, the most popular cryptocurrency exchange in the United States, announced intentions to add half a billion dollars worth of cryptocurrency to its balance sheet.

Brian Armstrong, the company’s CEO, announced on Twitter on August 20 that the board of directors had voted to approve the crypto spending spree, adding that the company will also invest 10% of each earnings into digital assets in the future. The company went public in April with a direct listing and recorded a net income of $1.6 billion for the second quarter earlier this month. 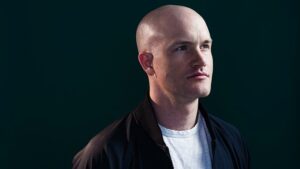 Armstrong also stated that the company hopes to gradually raise the percentage of profit it devotes to bitcoin acquisitions. In a blog post published later that day, the exchange said it will become the first publicly-traded company to hold Ether, Defi tokens, and Proof-of-Stake assets.

According to Coinbase’s release, their commitment to investing long-term in crypto is emphasized: “Our investments will be continuously deployed over a multi-year horizon using a dollar-cost averaging strategy.” We are long-term investors who will only sell when they are ready.

In order to avoid generating conflicts of interest with its customers, Coinbase will trade on third-party platforms or through over-the-counter trading desks. Coinbase is the eighth-largest public company based on Bitcoin holdings on its balance sheet, and the biggest crypto exchange, according to Crypto Treasuries, based on the value of BTC held in its treasury. The Fresh crypto spending is revealed just one day after Coinbase was launched in Japan in conjunction with Mitsubishi UFJ Financial Group (MUFG).

The first country to embrace cryptocurrencies and which has one of the world’s highest cryptocurrency trading volumes in Japan. They aspire to be the easiest to use and most trusted exchange in Japan that is fully compliant with local rules, in keeping with their global approach.

According to the release, Coinbase would have access to Mitsubishi’s 40 million-strong customer base as part of the arrangement. Coinbase also revealed on the same day that it has established a $4 billion cash reserve to prepare for regulatory costs and the next crypto winter.

From a report published in The Wall Street Journal, Coinbase has created a $4.4 billion cash reserve to ensure that it can continue to grow despite potential business risks such as regulatory crackdowns, cyberattacks, and a drop in trade activity.

Coinbase’s CFO Alesia Haas wrote in a blog post that while the majority of the company’s “corporate financial transactions” are still heavily weighed in fiat, the company is “in a strong position to lead by example and double down on how we can enable crypto adoption and usage.”

Coinbase is the world’s largest trading platform for Bitcoin. Over 68 million users, 8.8 million monthly transactional users, and 9,000 institutions in over 100 countries use the site every month. The company was founded in 2012 as a way to buy and sell Bitcoin.

Also read: Binance gets warning for illegally operating in the Netherlands