The President and COO of Coinbase this week have said that Coinbase’s USDC stablecoin reserves will now be held in cash and treasuries. 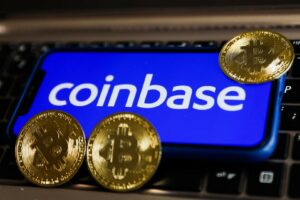 Circle, a digital currency company, said in July that corporate and commercial bonds would also hold some $27 billion of assets that support USDC.

In a blog post, Center, a consortium founded by the Circle and Coinbase Crypto Exchange, said:”Cercle, supported by the Centre and Coinbase, has today announced that it will now hold the USDC reserve entirely in cash and short-term by means of community sentiment, our commitment to confidence and transparency and an evolutive regulatory landscape.

These changes will be rapidly implemented and reflected in future Grant Thornton attestations.”

In July the Centre, a consortium which includes Coinbase and Circle, found that 61 percent of its reserves had risk-free assets such as cash and its counterparts, but that there were certain reserves in assets which contain certain risks for defaulation, such as corporate debt and deposit certificates with foreign banks. Another 12% were Treasury Bonds, which are not seen as a default risk but are not as cash liquid.

The July revelation contradicted the website of Coinbase, which said before that all the USD Coin was “dollar-supported on a bank account.”

Emilie Choi, Chairperson of Coinbase and COO, admitted that after Circle’s publication it was in error.

“The USDC has always received full support for the USDC in circulation, allowing users to always pay 1 USD Coin for $1.00,” she wrote. “We know that many customers get USDCs from Coinbase, and we have stated earlier that all USDCs have ‘a dollar-backed in a bank account.’ It could have been clearer here in our language.” When Circle reported on USDC reserves at the end of July

We should have been moved faster to update statements such as these on our website (which included a more diversified pool of investments for the first time). That was an error, and Coinbase is responsible for this, “Choi has finished.

Even if the move may appear as a seismic disclosure, not all analysts agree.

“USD Coin’s old investment rules were quite sound. In the hope that Circle will be more prudent than competitors, Circle is making an announcement to address a problem which does not exist “According to Aaron Brown, the Bloomberg Opinion’s crypto investor.

The second biggest stablecoin in the world is USDC. Washington is currently scrutinizing the world’s largest stable coin, Tether because it claims that each token is backed up by one dollar in cash or bonds. Regulators are still trying to check if a run on stable coins could cause rainfall of the underlying assets.