Cryptocurrency is getting more people than an ISA, so you can conclude the world has gone crypto crazy. Bitcoin might, at some point, prove to be profitable, although that’s still highly doubtful.

Crypto markets are complex, which is evident from the fact that a majority of people are unaware of how they work. Clearly, a large proportion of crypto buyers in the last year have made tidy profits, even if 12% report having suffered a loss and a significant number report not knowing if they’re in the black or the red. 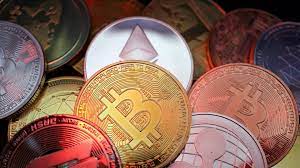 Bitcoin is not without risk, as extreme price swings can quickly wipe out profits. Even those who have made money in cryptocurrencies are not immune. Indeed, the price of Bitcoin remains strongly influenced by the tweets of Elon Musk, which highlights how sentiment increasingly drives crypto prices instead of economic fundamentals.

Musk’s tweets aren’t inconsequential, given that he is the CEO of one of the world’s most valuable firms, but they aren’t indicative of broader business opinion toward Bitcoin.

A crucial component of Bitcoin’s potential value resides in its potential use as a means of exchange. Therefore, as long as such unpredictable factors as tweets continue to affect Bitcoin’s volatility, it can never find the solid foundations necessary to genuinely bridge transactions between businesses and consumers.

“There’s no danger in buying cryptocurrency if you’ve covered all of your other financial bases, and any losses won’t have a significant impact on your overall wealth. Younger people are more confident in their grasp of cryptocurrencies, but the young age of crypto buyers means they have collected few assets so far and might be severely harmed if cryptocurrency markets take a turn for the worst. The majority of crypto buyers in our poll (56%) were under 35, and nearly two-thirds (64%) were men.

While younger customers have more time to restore their wealth if their investments tank, it’s still a risk that should be avoided if at all possible.”