Connecticut will pay 150k to a security analyst to monitor election memes for misinformation This comes across as the latest state aiming to quash online rumours before they can affect the polls. 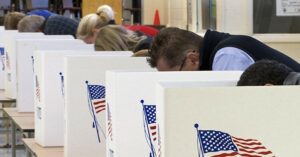 With the midterm elections around the corner, Connecticut appears determined to hire a ‘security analyst’ to handle the monitoring and addressing online misinformation. The first ones to report on this development was The New York Times, highlighting the details of the job.

Reports stated how the job for the ‘security analyst’ would entail spending a significant amount of time on ‘fringe sites’ such as 4chan, and ‘far-right’ social networks such as Gettr and Rumble. Along with it, it would also include the monitoring of mainstream social media sites such as Twitter, Facebook, etc.

Specifically, they stated that the aim is to keep an eye for election-related rumours, and try to mitigate the unfavourable impact it could have. Mainly, the damage could occur through the flagging of these memes or posts to platform that have policies on misinformation. Moreover, they also aim for the promotion of educational content that can help counter the false narratives.

The midterm budget. of Connecticut Governor Med Lamont was approved earlier in May. The budget set aside was over $6 million for the task of improving the state’s election system. Crucially, this included the $4 million for upgrading the infrastructure used for voter registration and election management. Additionally, the $2 million for one ‘public information campaign’ intended for the provision of information about how to vote. Recommendations specify that the full-time analyst would receive $150,000 on fulfilling the role.

“Over the last few election cycles, malicious foreign actors have demonstrated the motivation and capability to significantly disrupt election activities, thus undermining public confidence in the fairness and accuracy of election results,” the budget stated.

Though this role would be something new for Connecticut, reports specify how it has become prevalent through the US. For instance, Colorado is maintaining a Rapid Response Election Security Cyber Unit responsible for monitoring online misinformation. Along with it,  identifying “cyber-attacks, foreign interference, and disinformation campaigns.”

Initially, this was made during the 2020 presidential election anticipation, proving to be rather useful for handling misinformation. Similarly, other states such as Arizona, California, Idaho and Oregon are funding initiatives intended for election information. Evidently, they are all aiming to counter misinformation, and/or simply spread educational information.

Additionally, the federal government tried to come up with its own Disinformation Governance Board about two months ago. Reports suggest how it was intended for the coordination while ‘countering misinformation’ connected to ‘homeland security.’ Proving to be controversial, initiative attracted outrage from both free speech advocates and conservative. Subsequently, the plan was halted just a few weeks following its announcement. Evidently, misinformation and disinformation come across as serious threats which require immediate attention at such times.