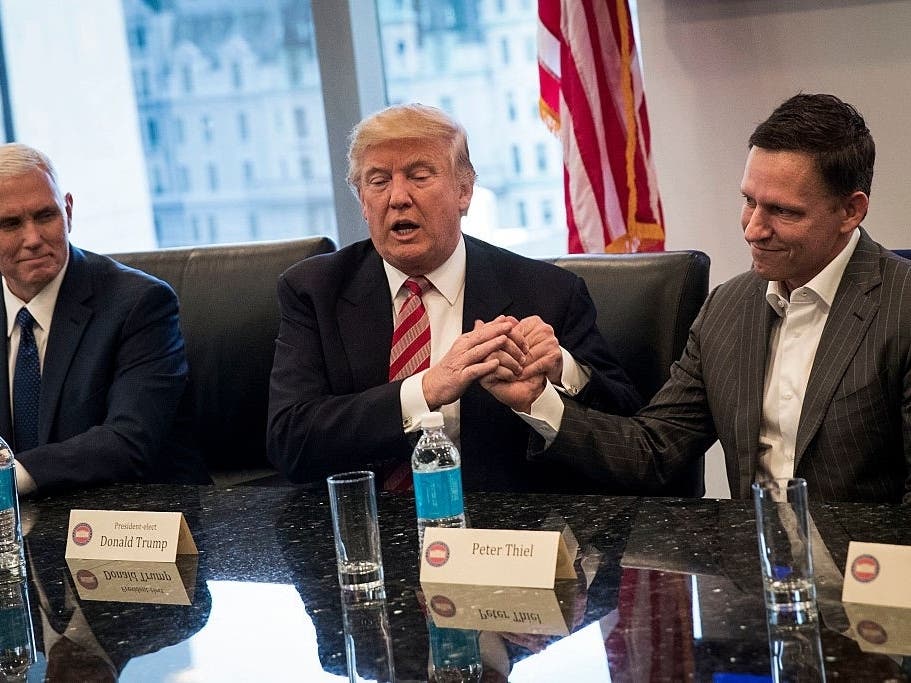 Another tech titan is settling in the District, five years after Jeff Bezos bought a 27,000-square-foot Kalorama estate, the city’s largest residence. Former Commerce Secretary Wilbur Ross has sold his Woodland-Normanstone estate to Peter Thiel, cofounder of Paypal and Palantir, according to Politico.

The house sold for $13 million in August, making it the most expensive home sale in DC in the last year. The purchase was an LLC called Solana Village Holdings, which happens to be named after a McLean neighbourhood where Palantir used to have an office. Thiel was the buyer, according to Politico’s Ryan Lizza and Daniel Lippman.

Thiel owns residences in Maui and Miami, among other places, and is said to be constructing one in New Zealand. It’s understandable that he’d add DC to his real-estate holdings. Thiel’s company Palantir, like that of fellow tech billionaire Jeff Bezos, is a big government contractor.

More interaction with leaders in Washington could be beneficial to business. In addition to Trump’s buddy, J.D. Vance of Ohio and Blake Masters of Arizona are both running for the Republican Senate nomination.

According to Zillow, Thiel’s new home is 10,300 square feet, with seven bedrooms and ten bathrooms. (The Kalorama house of Bezos is only a four-minute drive away.)

Thiel, who turned 54 in October, is in the midst of a flurry of political activity that includes the purchase of a flashy new Washington home. He was previously most known in the media and politics for secretly sponsoring the HULK HOGAN lawsuit against Gawker.com, which bankrupted the business, and for his 2016 GOP convention address endorsing Trump.

Thiel has recently emerged as a big factor in two key Senate contests. He contributed separate $10 million donations to two superPACs in Ohio and Arizona to assist elect J.D. VANCE and BLAKE MASTERS.

They are the largest donations Thiel has ever given, as well as the greatest donations to an outside company backing a Senate candidate, according to Alex Isenstadt in May, and they instantly converted the two neophyte politicians into major competitors.

“There are aspects of Thiel’s politics that aren’t libertarian at all; they’re closer to authoritarianism,” his biographer, MAX CHAFKIN, recently told Katie Fossett. It’s super-nationalistic; it’s a desire for a more powerful chief executive, or, in other words, a dictator.”

Vance and Masters should have a lovely place to strategize with their longstanding mentor and benefactor if they make it to Washington. According to a description for the property, Thiel’s new home contains seven bedrooms, a 12-seat theatre, a library, a caterer’s kitchen, and staff quarters, and is a “prestigious” “privately gated limestone beaux arts estate” with “manicured lawns & pool & marble terraces w/ views of Rock Creek Park.”