Following a string of controversial issues regarding relationships and business, the CEO of Tesla Motors, Elon Musk, is again on the news. This time it is about children he had with one of the top executives at Neuralink.

According to court documents filed in Canada, Elon Musk had twins with Shivlon Zilis who is currently director of operations at Neuralink, a neurotechnology company co-founded by Elon Musk in 2016. 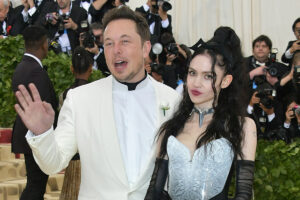 The court documents were related to petitions filed by Elon Musk and Shivlon Zilis in April 2022 to make changes in the names of the twins. The petition states that twins should have a middle name which contains the last names of both father and mother.

Zilis who currently works at Neuralink was born in the city of Ontario in Canada.  She finished her education at Yale by studying economics and philosophy.

Zilis and Musk met each other when she joined Neuralink.

Zilis who is currently acting as director of operations and special projects at Neuralink is expected to be one of the few people who could hold top positions in social media giant Twitter. This appointment is only possible if a 44 billion dollar deal between the Twitter board and Elon Musk is finalized.

With the news of having two children coming out in public, Elon Musk now has a total of nine children across four relationships.

Elon Musk had 5 children with Canadian author Jennifer Justine Musk after their marriage in 2000 January. She gave birth to twins in 2004 and triplets in 2006. The first child of the couple, who was born in 2002 passed away soon after birth due to a very serious illness related to infancy.

Jennifer and Elon got divorced on September 13, 2008, for unknown reasons. Jennifer Justin in an interview after a few months said that Elon used to make fun of her, and he behaved like he was “alpha” in the relations with all control.