CRED TO RECEIVE FUNDING OF $ 200 MILLION

CRED the startup is all set to get a funding of $ 200 million at US $ 2 billion making it one of the most fastest growing startups in the country. The amount will be laid by the existing investors like DST Global, Sequoia Capital and Ribbit Capital.

The start-up was incepted in 2018 by Kunal Shah and is prominently in the category of credit card payments. It is basically a credit card payment platform that has an operational mechanism to reward its customers who are vigilant & aware to pay credit card bills on time.

The company has close to 5.9 million users and handles 20% of the entire credit card bills from the processing end. Approximately 35% of all the Indian card holders are on CRED.

Why becoming a CRED member is beneficial?

Becoming a CRED member would help you to avail benefits like complete hurdle free payment mechanism which includes timely payment, complete automation of payments, real time on the spot notifications, accessibility of multiple cards and most importantly an eye on your credit score.

How to become a CRED member?

CRED never registers everyone and anyone.

All individuals having a valid credit score of 750 or above can sign up with their name and valid mobile.

The most frequently asked questions are How is the rewarding done & managed?

CRED has established a network with top brands to provide unmatched experience whenever a customer is in a position to pay its bills on time. The rewards are provided in two forms: 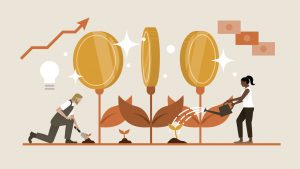 Now; the most buzzed news is to talked upon that the start-up has taken a big leap in reaching towards a $ 2 billion. The timeline never gave such a hint that the venture; which has just reached its $ 800 million valuation mark two months back will emerge having such a valuation in the month of March. The company in January bought back shares from employees with a view to make them realize that they are an important part of the growth.

CRED has made its point very clear that it has complete plans to make sure that your pockets are never out of cash. It has laid emphasis on the evergreen issue rather hassle of security by making security the first as well as second priority. It has a huge support by major players in banking industry which are ICICI, SBI, Kotak, PNB, Standard Chartered, HSBC and the list is unending.

Credit is a promise to repay and if you are not able to do that; a big problem is waiting for you ahead. CRED realised it and used it as a big opportunity to make its way to the pockets of individuals.

India was fascinated by the idea of getting rewards just by getting support or rather a reminder in this process.

And it’s ok to pay on time rather than paying more in the form of interest.