How To Split Screen On iPad

“No man can serve two masters” is a saying of the past because multitasking is the new trend. While running around the clock every day and battling checklists after checklists, if there is something that can augment your efforts, it is a win-win. Well, humans might not be able to grow an extra arm or leg to get done with the extra tasks, but your devices sure can in their own way. And given the fact that we live in a world perforated by technology, the two-in-one effect is a welcome addition. Apple’s iPasOS is designed to complement the multitasker in you because it has an array of multitasking options that lets you manage two apps at the same time. Now isn’t that a superpower? Read along to learn how to split a screen on an iPad. 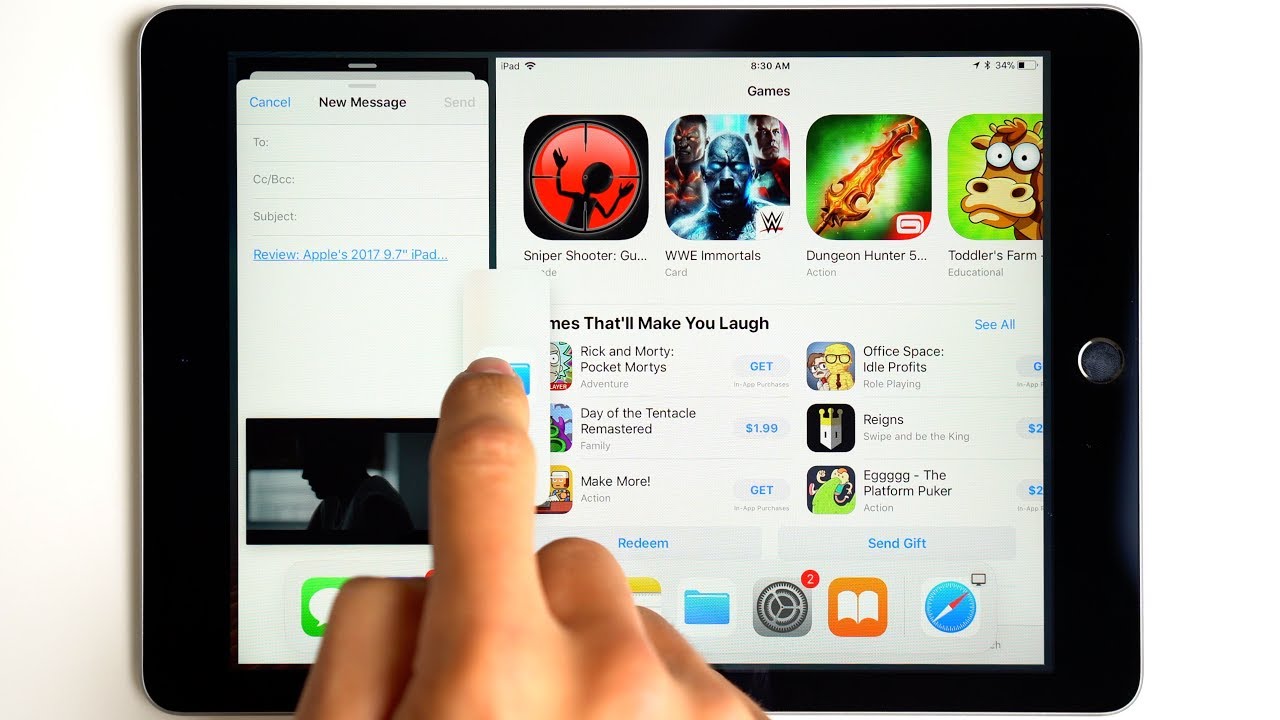 Apple’s iPadOS has several options that let you work with two apps simultaneously. And the highlight of this feature is that it facilitates the use of apps that already support multitasking in a few different and effective ways. Well, Captain America did even better when he had both the shield and the hammer. Let’s also try our hand at wielding two apps at once. The superpower goes by the name Split View and it facilitates two apps to appear simultaneously in a split-screen arrangement

The three dots placed on the top-center of the screen when an app is open is the new multitasking menu that makes multitasking on iPadOS a piece of cake. The menu has three options namely Full Screen, Split View, and Slide Over.

How To Use Split View On iPad

How To Use The Dock To Invoke Split View

In case you want to readjust the screen space given to either app on split view, just drag the app divider either to the left or to the right. Now isn’t that easy? Cap had to put some effort to lift and hold that hammer right, all you have to do is just touch and hold.

Split View Into Slide Over

The best part of the new additions to the iPadOS is that it gives you the luxury of choice. All you have to do to facilitate the transition of a Split View app into a Slide Over App is click the multitasking button and tap on Slide Over. Or you can just drag the app onto another app by touching and holding the Multitasking button.

And if you do not want the Split View anymore, click the Multitasking button on the app you prefer to keep and tap on the Full-Screen option, and you will be back to default mode. Dragging the app divider over the app you intend to close also works.