Salesforce.com (CRM) stock soared on Thursday after the firm reported higher-than-expected revenue for the July quarter, which included a minor contribution from Slack Technologies. In intraday trading, CRM stock surged more than 4% and reached a buy point. Salesforce CRM’s second-quarter fiscal 2022 results were better than predicted. The company’s non-GAAP earnings of $1.48 per share in the fiscal second quarter are easily above the Zacks Consensus Estimate of 91 cents. Quarterly earnings grew 3% year over year, owing to greater revenues and 43 cents per share in gains from mark-to-market accounting of the company’s strategic investments, despite a non-GAAP tax rate of 21.5 percent.

Salesforce’s quarterly sales of $6.34 billion increased by 23% year over year, above the Zacks Consensus Estimate of $6.23 billion. In constant currency, the top-line number increased by 21%. (cc).

When it comes to the company’s business sectors, Subscription and Support sales (93 percent of total revenues) rose by roughly 22% year over year to $5.91 billion. Revenues from Professional Services and Other (7 percent of total sales) increased by 37% to $426 million. 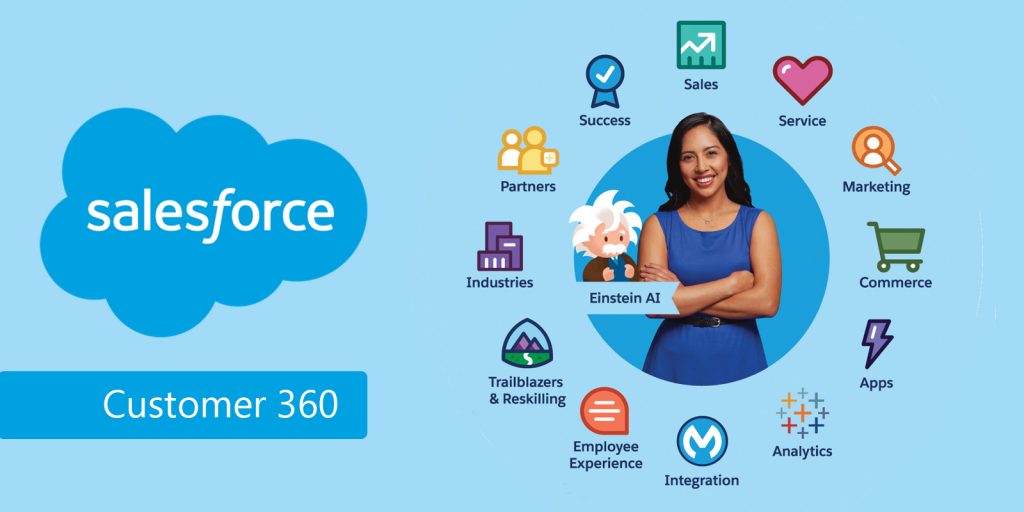 Sales Cloud revenues increased 15% year over year to $1.48 billion in the Subscription and Support division. Service Cloud, one of the company’s largest and fastest-growing businesses, had a 23 percent increase in revenue to $1.6 billion. Furthermore, Marketing & Commerce Cloud sales increased by 28% to $955 million. Revenues from Salesforce Platform and Other increased by 24% to $1.88 billion.

Salesforce’s gross profit increased by 23% from the previous year to $4.73 billion. Furthermore, the gross margin increased by 10 basis points to 74.6 percent.

The business increased its fiscal 2022 revenue forecast to $26.2-$26.3 billion, up from $25.9-$26 billion previously forecasts. The recently acquired firms Slack and Acumen are projected to contribute $530 million and $200 million in sales, respectively, to the revised forecast.

Management also raised its non-GAAP operating margin target for fiscal 2022 from 18 percent to 18.5 percent. The Slack and Acumen purchases have added a 150-basis-point headwind to the revised forecast.

Mergers and acquisitions headwinds of 51 cents per share are assumed in the updated earnings forecast.Total revenues are expected to be between $6.78 billion and $6.79 billion in the fiscal second quarter. Salesforce also expects non-GAAP earnings per share in the 91-92 cent range for the current quarter.