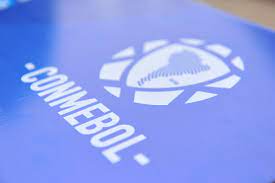 The South American Football Confederation (CONMEBOL) Libertadores, the governing body of South American football, has announced a multi-year collaboration with Crypto.com, the world’s fastest-growing crypto platform, to become the Confederation’s official partner for the 2023–2026 cycle.

Crypto.com will be the first brand to be integrated into the virtual assistance referee (VAR) system as an official partner. Brand exposure in numerous stadiums and CONMEBOL Libertadores broadcasts will also help the company.

Latin America is “paving the way” for cryptocurrency adoption

“CONMEBOL is continually aiming to be a leading and cutting-edge institution,” stated José Manuel Astigarraga, secretary-general of CONMEBOL. We’re confident that Crypto.com follows in the footsteps of the industry leader. We are confident that this collaboration will benefit both South American football and this growing enterprise.”

“The CONMEBOL Libertadores is the pinnacle of South American club football — this exhilarating, beautiful game of highs and lows pulls us together like nothing else,” stated Kris Marszalek, co-founder, and CEO of Crypto.com.

“Our research shows that Latin America is leading the way in terms of bitcoin adoption, with 40 percent of Latin Americans expressing an interest in purchasing cryptocurrency in the near future. Naturally, we were excited to support the continent’s most important football tournament, adding to our already impressive list of sports partnerships.”

In July, Crypto.com agreed to a long-term sponsorship contract with the Ultimate Fighting Championship, a mixed martial arts organization (UFC). The multi-year deal allows Crypto.com to put its logo on combat gear worn by UFC athletes during competitions, as well as training staff wear (shorts, sports bras, and hoodies).

In August, the Crypto.com Overtake Award was announced by Formula One (F1), the highest level of worldwide auto racing for single-seater formula racing cars. The driver who has made the most overtakes throughout a racing season will be the winner of the award.

The award “is the first of its type,” according to F1, and is “intended to recognize the daring displayed by drivers who make bold movements in quest of success.”

Also, read: Stacks: Everything you need to know