On December 8, the House Committee on Financial Services will hold a panel hearing with six crypto executives. The discussion will include CEOs and executives from FTX, Circle, Coinbase, Paxos, Stellar, and Bitfury. The objective of the hearing is to hold Bitcoin firms accountable to their customers and investors. 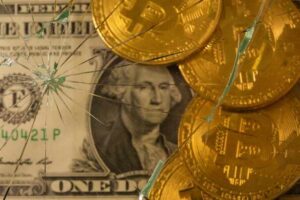 The top executives of eight prominent cryptocurrency companies, including Coinbase Global Inc (COIN.O), will appear before the US House Financial Services Committee on December 8, according to a statement released by the panel on Wednesday.

As regulators wrestle with the consequences of the new financial product and how to effectively regulate it, the session will be the first time significant players in the fast-rising crypto markets will speak before lawmakers.

Senator Elizabeth Warren, among others, has called for a governmental crackdown on the volatile sector, as some progressives have grown increasingly suspicious of Bitcoin and the hazards it may pose.

Alesia Haas, the CFO of Coinbase Global, will be one of the witnesses at the meeting, which will focus on “the hurdles and rewards of financial innovation,” according to the committee announcement.

Brian Brooks, the current CEO of Bitfury and a former top banking regulator under the Trump administration, will also testify. Brooks campaigned for various rules as acting Comptroller of the Currency to make it simpler for banks to participate with Bitcoin.

“Digital Assets and the Future of Finance: Understanding the Challenges and Benefits of Financial Innovation in the United States” is the title of the next panel. The purpose of the hearing, according to the page outlining it, is to hold financial companies accountable to customers and investors.

The hearing will begin at 10:00 a.m. ET on Wednesday, December 8. A Livestream of the event will be available live on the internet. Congresswoman Maxine Waters (D-CA), Chairwoman of the House Committee on Financial Services, will lead the panel.