Crypto hacks and fraud are on track to set a new high in 2021: Data.

Crypto hacks and fraud are nothing new in the crypto world, but they nevertheless catch investors off guard every time they occur. Bull markets seem to be accompanied by an increase in the number of attacks. So, despite only being in the ninth month of the year, 2021 has already seen its fair share of attacks, thanks to a bull market that has raged for the better part of a year. 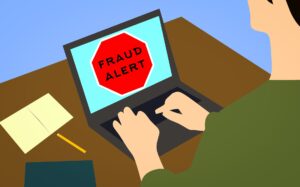 Image by mohamed Hassan from Pixabay

With the current cryptocurrency boom, these attacks have become more common. Prices have risen across the board, which appears to have prompted the attackers to step up their operations.

This could be due in part to the cryptocurrency’ high valuations, which result in substantially bigger returns on their attacks. Whatever the situation may be, the number of attacks in 2021 has climbed, and statistics indicate that this year’s total will most likely surpass the previous year’s total.

In 2020, the number of cryptocurrency hacks and frauds reached an all-time high. With 32 cases recorded, 2020 was the year with the most hacking and fraud events in the cryptocurrency sector. In the first eight months of 2021, 32 incidences of hacking and fraud have been detected. With six months to go and the bull market still roaring, more of these attacks are likely to occur.

According to Crypto Head’s data, the number of breaches has constantly climbed each year since 2017. One of the most spectacular bull runs in cryptocurrency history began in 2017. As a result, it’s no surprise that the number of attacks increased from the previous year. Only 5 incidences of crypto hacking and fraud were reported in 2016. However, the following year, in 2017, this number increased to 21.

With four months left before the end of the year and Defi exploits on the rise, the number of attacks in 2021 might easily surpass 38. The sophistication of these hacks and breaches is increasing. Attackers are currently working on technologies to make their attacks more difficult to detect and track.

Carried Away 2017 Attacks The Most Valuable Loots

In 2017, assailants made off with an average of $223.5 million. The overall value of $4.7 billion taken in crypto hacks and fraud was calculated based on the total number of 21 assaults for the year. Setting the all-time top for the most money stolen in a single year.

Despite having a higher number of attacks, the overall cost of the 38 incidents identified in 2020 was around $1.8 billion. This figure has already been surpassed by at least a billion in 2021. So far, the cumulative worth of 2021’s 32 attacks has reached $2.9. The total cost of the Poly Network attack this year was $610 million. It’s the largest science fiction robbery ever.

These attacks have primarily targeted the major coins in the cryptocurrency market, which also happen to have the most liquidity. About a third of these hacks have targeted bitcoin, the most popular cryptocurrency. With 12.8 per cent, Ethereum is the second most targeted cryptocurrency. Unknown coins account for 9.2 per cent of the total, while ERC-20 tokens were targeted 7.4% of the time.